In the online slot world, there are a lot of ways to make big mistakes that can be quite costly. Our goal is to help you to avoid five of the biggest ones. We want to help you to make sure you get the most value from your time spent spinning the reels so that you can maximize your chances of coming out on top. If you avoid these five common mistakes you have a better chance of coming out ahead when playing slots.

Mistake #1: Playing at an unreliable casino

Imagine that you take down a sizable jackpot. Whenever you cash out, you expect to be paid. Now imagine that you cannot rely on your ability to get paid from the site in general. This means that you’re going to lose out on a ton of money that is rightfully yours. This is what can happen when you play with an unreliable casino.

The idea is this: You’re gambling by playing the games in the first place. If you come out on top, then you shouldn’t have to gamble again to have chances to actually get your money. To avoid this, all you have to do is stick to sites that have a good reputation and licensing.

The terms and conditions for an online casino are essentially the rules that you agree to when you decide to play there. You are assumed to have agreed to these rules and policies by playing there in the first place, and you are fully expected to have read and understand them. If you do not, then you are leaving yourself open for a lot of trouble, especially when it comes to bonuses.

The idea of a bonus is to give players extra value that they wouldn’t have received otherwise. Essentially, a bonus can end up being the difference between being ahead and being behind, but in any case, you’d rather have a bonus available than not in virtually all cases. If you don’t read the terms and conditions, then you can easily void your bonus by playing restricted games or cashing out before the play-through requirement is complete. Either of these will kill the value that you would have received from the promotion, which is a big mistake with a real monetary value attached.

One of the most important strategic decisions that you can make with online slots is which games you actually play. Some games have lower payouts than others over the long run, and the measure of this is called the return to player percentage, or RTP for short. RTP is a measure of, on average, how much is paid out in winnings as a percentage of the total amount of bets that the game plays. If a particular slot pays out $98 for every $100 it takes in, for example, then it would have an RTP of 98 percent.

With all else being equal, playing a game with an RTP of 94 percent is much worse than playing a game with an RTP of 98 percent. In fact, the percentage of your money that the house takes is actually three times as much in the 94 percent title than the 98 percent title. That can be a bit anti-intuitive, but the casino is keeping 6 percent in the first game and only 2 percent in the second game, which is three times as much. You can maximize your value and your chances of coming out on top in your sessions by avoiding games with an RTP on the low side.

Find the best paying slot machines in our RTP-database.

Mistake #4: No cash out strategy

There’s a simple fact that everyone has to understand who plays online slots: If you play indefinitely, then you will always lose. The house advantage will always catch up with you at some point, and the players who end up taking down moderate or large wins almost always do so because they have a cash out strategy in place that tells them when it’s time to pull their winnings out of their account.

For example, a player might make a deposit of $100 with a cash out plan that kicks in whenever he or she breaks a balance of $200. With this plan, the player will always keep up with the maximum cash balance in his or her account. Whenever the player gets down to 75 percent of that maximum, it’s cash out time. This allows you plenty of room to run up some big wins without putting yourself at risk for losing it all whenever you take down a big score. So let’s say you win up to $1000, using this strategy you should at least withdraw $750. 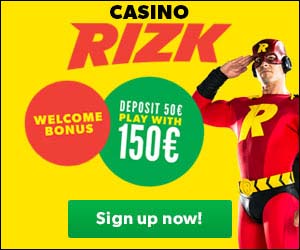 Mistake #5: Not using promotions like cashback, comps and bonuses

Most online casinos these days offer several different sources of promotional value. Unfortunately, a lot of players either completely ignore these deals or come far from getting the most out of them. A big reason for this is that they think things like comps, which add up slowly over time, won’t really make that much of a difference in their bottom line. This is very mistaken because anything that’s free money for playing a game you were going to be playing anyway is worth taking advantage of.

The way you can avoid this mistake is by taking the time to look into all of the deals that are available to you as an online slots player at your casino of choice. Once you know what the available offers are, then you should form a strategy of how you’re going to take advantage of them in a way that will fit your deposit sizes and your play style to give you the best value.

Whenever you put together a solid set of playing habits that will help you to avoid all five of these mistakes, you can make a drastic improvement in your bottom line. This ultimately means that you will make more money overall, which is exactly what we want for you.