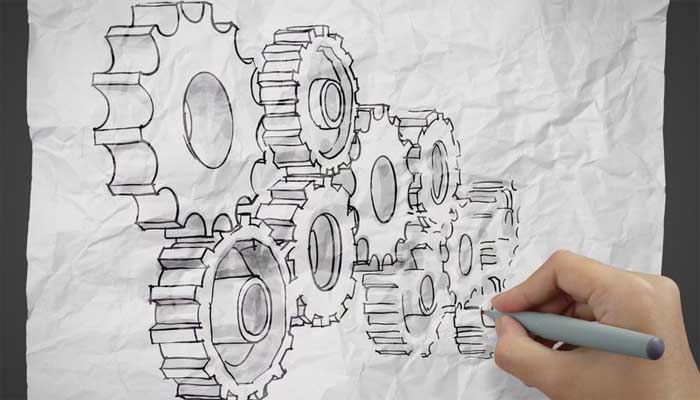 There’s no denying that online slots are the most popular genre of game that you can find in any kind of casino, whether it’s online or land-based. There’s a lot that goes into how these games work and what makes them so popular, and many players don’t really understand that because of how simple it is to just sit down and press the play button. A lot of systems are running behind the scenes that create a situation where it’s so easy to just sit down and play, and we’re going to break down some of those systems in the following.

How slot spin outcomes are determined

The process of determining the outcome of a spin for an online video slot is pretty in-depth and interesting, so we’ll offer up a visual analogy to make it easier to understand. Each of the possible outcomes for the five reels are represented by a virtual strip of paper that has a long list of symbols on it. There are five long strips of paper along these lines, one for each reel (in a five-reel game). A random number generator determines which spot on each of those virtual pieces of paper will be used for the outcome of the next spin. The three symbols in place from that randomly chosen spot are then placed on the board, and the process is repeated for each of the five reels. Once this process is over, the winning combinations are determined.

It’s worth pointing out that the features that many slots have to “stop” the reels in the middle of a spin doesn’t really have a skill element because the outcome of the spins is predetermined as soon as you press the spin button, so the amount of time it takes for the spin to finish is completely irrelevant.

Slots variance is a measure of how top-heavy a payout table’s prize distribution is in a game. To give an intuitive example, the volatility of flipping a coin for $1 with a friend is much lower than the volatility of betting $1 on 14 on a roulette wheel. This has nothing to do with the house advantage and everything to do with the size of the average swings that you’ll get from taking the bet.

Some slots have a high volatility because their payouts are weighted so strongly towards big jackpots or value-packed bonus features. Progressive jackpots usually have a particularly high volatility. On the other hand, other slots have a pretty low volatility based around having a balanced pay table with lots of small and medium wins. This smooths out the swings of the game and provides players with a high hit-rate.

In an effort to mix things up and give players something new and exciting, online casino software developers are always coming up with new features and bonus round ideas for online slots. The idea is to offer up something that will make them stand out when compared to the competition.

Free spins bonus features are by far the most common type of feature out there. You’ll need to meet some kind of condition to trigger a set of free turns, and those free turns are often more valuable than regular spins because of multipliers on your wins, an improved set of symbols, automatic wilds or other special game mechanics that you don’t see during the normal play of the game.

Instant win features of different types are also very popular. This includes common “pick a box” style games as well as other games that might seem like they have a skill element. The idea is to give players some kind of interactive moment in the game before giving them a payout, and this adds a bit more immersion to the experience.

Most people realize that slots themselves could be interchanged with each other if the graphics were switched, and there are actually plenty of cases where two (or more) slots are exactly the same except for a change in graphics. Behind these graphics and visuals are multiple systems that are what really drive the games, and the systems above are some of the most important ones to keep in mind while you’re playing.