The gamble feature in slots

If we have learned anything about human nature across cultures and across all demographics, it’s that people love to gamble on just about anything. It’s seen as an expression of free will and a certain level of defiance against fate, and we see that in all societies on some level. The gamble feature that can be found in a lot of slots is a great example of giving players a chance to express this even further than they normally could with the games by giving them a chance to multiply their winnings or leave the round with nothing. 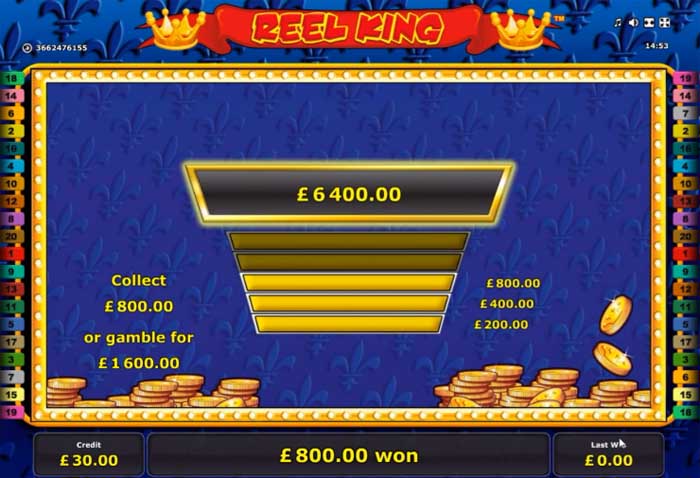 The fairness of the gamble feature in online slots

First of all, we want to point out that, generally speaking, these types of features are perfectly fair. What we mean by this is that they have a return to player percentage of 100 percent and no house advantage whatsoever. In the case of double-or-nothing style features, they’re like flipping a fair coin in terms of the total chances of winning or losing. Likewise, the quadruple-or-nothing features are fair as well, and you can think of them like rolling a fair, four-sided die or drawing from four different bingo balls.

It’s really important to know about the fairness of these features because that frees you up to use them if you desire. There aren’t many bets in the casino that have no house advantage, so it’s completely reasonable to decide to play with them. In fact, there are some strong arguments that using them actually decreases the average house advantage of your overall session.

Suppose that you make a $1 wager on a slot that typically has a 97 percent RTP (and a 3 percent house advantage). You win $10 and decide to play a double-or-nothing round. Your total wager in this case is $11 from the combined bets, but the house only expects to win $0.03 on average, since that’s 3 percent of your original bet of $1. Now instead of having an average win of $0.03 on $1 in bets, the house has an average win of $0.03 on $11 of bets, which is an equivalent house edge of just 0.27 percent instead of 3 percent.

You’ll find a lot of different types of gamble features depending on which game provider you play with and when the games were produced. A simple example is that you get to choose a card from a random virtual deck, and you have to guess ahead of time if the card will be red or black. If you guess correctly, you double your winnings, but if you guess incorrectly, you lose your winnings.

Another way a virtual deck of cards can be used is that a random card is drawn, face-down, and you have to guess if it’s going to be higher or lower than another random card that’s drawn. If a tie occurs, a second card is drawn to decide if you win or lose the bet. 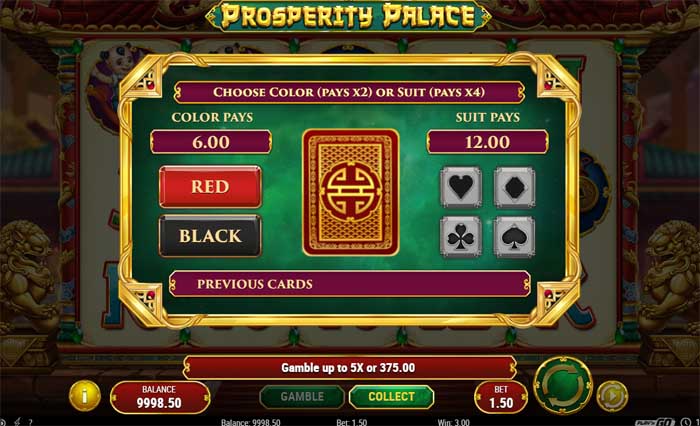 The same idea can be used for quadruple-or-nothing types of gamble features. For example, there are four card suits, and you might have to guess which of those suits a randomly drawn card will be. This is just like the red or black version except there are four options instead of two, and your wins are multiplied by a factor of four instead of a factor of two whenever you win.

Regardless of the presentation, the bottom line is that these features are generally fair (see the exceptions below), and they can add a lot of excitement to a game, especially if you try to come up with your own strategies about how and when you’ll use them. Some players, for example, prefer to always use the gamble feature on payouts that are lower than a certain threshold, like all wins worth less than five times the bet size they used on that particular spin.

In the past, there have been some cases where shady software companies have put gamble features in their titles that weren’t fair. This is one of the reasons why it’s important to vet the casinos and software developers that you play with, but you also have to realize that nowhere licensed in a reputable jurisdiction does this. In fact, this is why these regulatory bodies test the software they license so thoroughly, and it’s so they can make sure players are getting what they’re told they’re being given.

At this point in the industry, players don’t have to worry about this type of thing anymore as long as they don’t play with shady companies. There are plenty of great casino sites and game developers right now to pick from that it’s really easy to avoid the problematic ones that would pull something unfair with their gamble features.