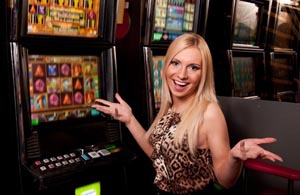 Every type of gambling out there, no matter what it is, generally has a ton of misconceptions and myths that surround it. Considering online slots are one of the most popular forms of gambling on the Internet, it makes sense that there are several different myths that surround them as well. We want to address a number of these myths here and break down what you need to know about why they simply aren’t real.

Myth #1: There Are Hot and Cold Slots

You’ll see this with any type of gambling where players try to figure out which games are “running hot” or which ones are “running cold.” The idea behind this is that you’re taking what has happened in the previous spins on the game and trying to use that to determine what’s going to happen next in the game. For online slots, what happens on one spin has absolutely nothing to do with what’s going to happen on the next one, and this boils down to how the games work on a mathematical level.

Each of the five reels consists of a long, virtual “strip” of symbols. A number is randomly generated to determine which position on that “strip” will show up on the actual game to help form any winning combinations. Because the positioning of these reels is completely random and not based on what happened previously in the game, there is no basis for “hot” and “cold” slots. Each spin has the same chance of winning as every spin before it or after it, with no real exceptions.

Some players will build superstitions over anything, and it almost always comes down to some idea that might sound good on paper, though the reality of the situation completely shatters the idea. This is the case with the idea that changing casinos might help your luck.

Here’s the problem with this theory: The casinos themselves don’t actually host the games themselves. Instead, the slots are served up straight from the servers of the software provider. This means that if you move from one casino to another and play the same game, you’re actually playing it from the exact same source, the exact same web address, etc. In short, you’ve changed nothing except the graphics around the edge of the screen and in the lobby area.

There are plenty of good reasons to change casinos. For example, you might switch to a site that has better promotions or a better reputation. However, switching to change your luck just doesn’t work out the way some players think it does.

A lot of online slots have something called a stop feature that allows you to instantly stop the animation motion of the reels. It would be somewhat intuitive to think that you could somehow influence the outcome of which symbols show up on the reels some way by using this feature, but in reality, it’s purely cosmetic. In fact, the actual spinning animation isn’t the actual reel spinning, but it’s just a placeholder visual effect to simulate seeing the reels spin on a land-based slot.

The outcome of the reels is actually decided whenever you press the spin button, well ahead of when the results actually shows up on the reels. However, the stop button will speed up the game significantly, which gives it a different functional value.

There are several variations on this particular myth. One popular version is that the game will give you a winning streak at low stakes to try to trick you into playing for higher stakes and losing several spins in a row. Whichever particular flavor of this myth you hear, it’s all based on a big misconception over how the games actually work.

A good example that will allow players to understand this intuitively is that of a coin. If you’re trying to guess whether flipping a coin will yield heads or tails, you can’t base it on what the previous throws were. The coin doesn’t remember the previous throws, and the same idea applies to these slots. The casinos themselves aren’t hosting the games in terms of the servers where they are hosted on the Internet; the software companies do that. This means there’s no actual physical way for them to rig online slots anyway.

Myth #5: There is No Strategy in Online Slots

It’s easy to think that there is no strategy that will help you to improve your results in online slots because the genre is considered to be purely chance-based. While it’s true that the results themselves are based on chance, you can do certain things to strategically improve your chances of coming out ahead at these games based on the options you have available to you about which games you play and how you play them.

For a quick example, look at how some games will allow you to play with fewer paylines than the maximum. Doing so will often disable certain features, which brings down the relative value you get, and in turn, this will increase the house advantage. Therefore, playing with all of the paylines activated is a strategic decision used to maximize your payout rate. In some slot machines like Super Monopoly Money by Barcrest, there is some strategy involved in the picking feature, which can affect the RTP of the game. We therefore recommend that you read the game rules in slots like these to ensure you get the best possible return on your stake.

Some players are under the impression that using an auto-play option in an online slot will give you worse payouts than manual play. There is absolutely no basis for this whatsoever, and in terms of the programming of the game interface, it’s exactly the same as pressing the spin button non-stop for the set number of times at the set number of stakes. The only difference is that it will pause for a moment after winning spins, sometimes adjustable in the settings of the game, to give you time to check out the winnings. After that pause, it continues right along playing like usual.

Myth #7: If a Jackpot Just Hit, It Won’t Hit Again for a While

This myth about jackpot hits being spaced out arbitrarily is based on the same misconceptions that we have seen in some of our other myths about the game not being purely random. There are no outside forces in fair games that affect the randomness, and there have been reported situations where a progressive jackpot has hit twice within just a few spins for especially lucky players.

It’s important to realize that online casinos and software companies in the industry would have a lot to lose if it was ever found out that they were manipulating the randomness of their games in this way. In fact, they would certainly lose their license to operate and a whole lot of money in the process, so it’s simply not in their best interests to do that sort of thing.

This is the polar opposite end of the spectrum from the idea that the casinos will rig the slots, but it’s equally untrue. There are some situations with some software companies where the casinos themselves can change specific settings for the games. This includes things like the available maximum bet size, which is important for high stakes slot players in particular, but they cannot change things like which features hit and how often players win. This is why you might play a game at one casino that has certain betting limits, but the exact same game from the exact same software provider at a different casino site can have available bet sizes that are much higher or lower.

This myth started up because a lot of early progressive jackpot slots had conditions for being able to access the progressive jackpot as a prize in the game. The condition was usually that you played the game at a maximum bet level, which was generally a level out of each for most players using responsible bankroll management. If you normally play at $0.25 to $0.50 per spin, but a game requires a bet of $5 per spin to have the progressive jackpot come into play, then you should probably pick a different game.

In most progressive jackpot games today, they don’t have a minimum bet requirement to qualify for the jackpot. Instead, they scale your chances of hitting the jackpot appropriately so that it’s fair for players who are playing at different bet sizes. For a quick example, if you’re betting $1 per spin, and someone else is betting at $5 per spin, they will have five times the chances of hitting the progressive jackpot as you. This keeps things fair while allowing players at all different stakes to have a chance to hit a major, life-changing jackpot.

Myth #10: It’s Possible to Play Slots for a Living

Every single spin that you play on an online slot will, on average, pay out less than you put in. That means that if you take a single game and add up all of the bets that it has taken in, it will always have taken in more than it pays out. It’s like if everyone puts their money in a bucket, and the bucket pays out to some players, but it never pays out more than what’s in the bucket.

This is the simple fact of the matter, and it’s the basis on which the entire genre is built. Because of this, there is no way to be a consistent, long-term winner at slots outside of exploiting certain bonus and promotional opportunities that come up from time to time, which we’ll explore below in the final myth in our list. But the bottom line is that there are nowhere near enough of these opportunities to make a living off of, and they aren’t large enough to be a suitable source of income anyway.