Getting started playing online slots can be a little tricky because there are thousands of games in the genre to choose from. The best online slots for beginners are going to be those that make it easy to get started and figure out what’s going on, but it’s hard to pick out which games those are from the tons of titles that are available. We want to break things down for you to show you exactly what we believe will make a game good for a beginner and why we think that. We’re also going to give you a number of examples of games that we think will be good fit for new players. 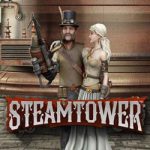 Steam Tower is a slot that was produced by Net Entertainment, a company known for making some of the best quality games in the genre. This game uses five reels with three rows, and it’s based on a steampunk theme. The graphics are outstanding, but the main thing that drives the gameplay for this title is the bonus feature. It triggers very often, and it gives players a chance to experience climbing up through a giant tower in search of even bigger wins, which fits the steampunk adventure theme extremely well.

Here’s how this bonus feature works. Whenever the stacked wild symbol completely covers the middle reel, you’ll start off with 10 free spins on the very first floor of the tower. Players get more free spins as they get more wilds on the reels, and you get a chance to move up through higher levels in the tower until you eventually rescue the princess at the top. There are multipliers as high as 7x for your wins in this bonus feature, and because it’s so packed with action, you can run up some major winnings in this game without driving the volatility up to unbearable levels. 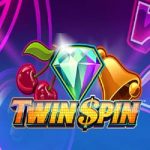 Twin Spin is also by NetEnt, and it has graphics that are a bit more plain than most of their titles because the gameplay is the focus here. While it uses five reels and three rows, which makes it a video slot by definition, it uses symbols and a general feel like a classic slot in a bit of a throwback move. This game is completely dominated by the main feature, which triggers on every single spin that you play on this 243-ways format game. This format means that every symbol acts as a left-to-right scatter symbol, giving you chances for a lot of different payouts on each spin.

The idea behind the Twin Spin online slot is that at least two adjacent reels will “lock” together on every spin, showing the same three symbols. This increases your chances of hitting winning combinations in general, but it also boosts your chances of hitting multi-line wins as well. You can actually get all five reels to lock together if you’re lucky, but the key part of the gameplay here is that the hit-rate is high for frequent wins while the volatility is low, which is perfect for beginners. 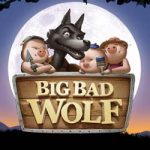 Big Bad Wolf is a game produced by Quickspin. If you want to try this game, your best bet will be to look for casinos that use the Microgaming Quickfire platform since it’s included there (along with other Quickspin titles). This game centers around the story of the three little pigs, and you’ll also see the big bad wolf on the reels as well. The fun, animated graphics of this game make it stand out a bit, but it also has a high RTP with fun bonus features.

Three or more of the wolf symbol gets you a set of 10 free spins in this game, and it activates what’s called the Swooping Reels feature during those free turns. The basic idea is that after winning combinations are hit, they move out of the way to let more symbols fall into place, and that gives you more chances for multi-line wins that you wouldn’t have received otherwise. There is also a chance for more free spins and multipliers on top of the Pigs Turn Wild feature that adds extra wild symbols to the reels. 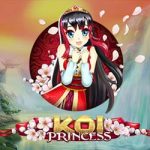 With five reels, three rows and 20 paylines, the Koi Princess slot uses a manga-like set of graphics and centers around a particular Asian theme. This game is great for beginners because there are a lot of features that hit often, it has a moderate volatility and it has a top-tier visual appeal.

You get a random bonus feature whenever you pick up a bonus symbol on the first, third and fifth reels. However, if you only pick up two, then you have chances to pick up a third thanks to the nudge feature, so near-misses actually end with you getting a bonus round. One bonus feature is based on 10 free spins with a guaranteed minimum payout from those spins. You can also hit the wild reels free spins feature that gives 10 free turns with up to five random reels made wild (at least one reel will be wild on each turn in this feature). The bonus wheel feature gives players a chance to hit instant wins or pick up other bonus rounds, but the basic idea is that you’re getting a ton of value no matter which of the features you trigger. 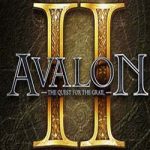 Avalon II is the sequel to the original Avalon, which has been one of Microgaming’s most important titles based on their own themes. It’s centered around the stories of King Arthur, and it uses five reels with three rows and the 243-ways format. The format itself gives players a good hit-rate, but the 3D graphics and great animations make it stand out visually as well. At the time this game was released, it had the most bonus features of almost any Microgaming-powered title, and it’s still one of the most feature-rich games that they have produced.

The Grail Bonus Feature is the key to getting into all of the other features since it gives you a chance to take part in any of the eight bonus rounds. There’s a Lake of Legend feature with a dice game that has you trying to put the sword Excalibur back together. The Misty Value Bonus Feature gives you extra wilds with 15 free spins and increasing multipliers. There are a number of other bonus features that range from the Dusky Moors bonus round where you pick from different helms to try to match them up for instant wins, and there’s also the Morgan’s Keep Bonus Feature that pays out 20 free spins with a 2x multiplier and the Rolling Reels feature. Overall, this game has a lot to make it a good choice for new players.

Slots variance (or volatility) is a statistical measure that basically tells you how large your swings will be in a game. You can have big up and down swings in a slot, or you can have fairly smooth sailing without long periods of time without a win at all. The larger the variance or volatility in an online slot, the larger the swings will be, so we recommend games that have a lower measure of this metric. The idea is that players will be able to get in on the action for longer without having to worry about immediately running into a huge losing streak that will cut their session short.

RTP stands for return to player, and it’s a percentage that tells you what your payout rate is like. An RTP of 95 percent, for example, would pay out 95 percent of what you put into it, on average. The higher the RTP the better, and we think that beginners should stick to games that have as high of an RTP as possible. In our recommendations below, you’ll find that they are all on the higher end of the available range in terms of RTP, and that’s because the higher the RTP level of your slot, the better of chances of coming out on top at the end of your session.

Finally, one of the things that makes each slot stand out from the crowd is the selection of bonus features it has available. The best online slots for beginners will give players frequent features that pack a bit of value instead of making them something that will only trigger once every four or five sessions (if not less often than that).

In our recommendations, we cover games that look to give players a good selection of features, many of which hit pretty frequently or that drive the regular gameplay. This helps to prevent situations where you’re playing long sessions without getting the features at all, which is something that some players don’t have a problem with but that new players shouldn’t have to experience right away.