Ancient Script is an Egyptian themed online slot game by software developer Red Tiger Gaming. The graphics are, as is usually the case with slots by this manufacturer, of high quality and the color scheme here is pretty mild, which is a pleasant change. This genre tends to go for darker and more intense colors. The backdrop here shows us that things are taking place in broad daylight, out in the open and not in some tomb. You can see palm trees around and the reels are set on some ancient Egyptian structure. And as forte symbols here, you will notice they include the lower value playing card icons A, K, Q, J and 10. In addition to them, there is an ankh, a crook and flail, the all-seeing eye of Horus and lastly – the pyramid symbol. It is also the most lucrative of those present here. 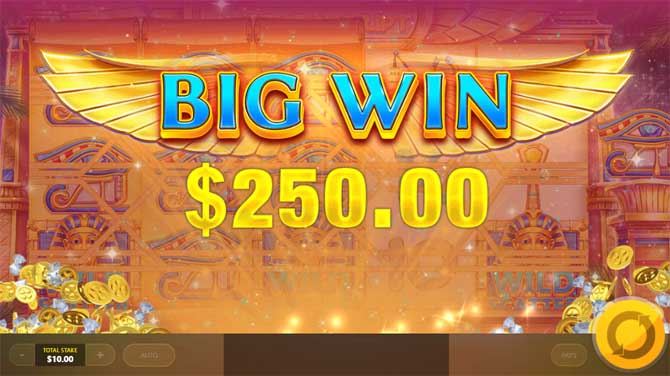 The layout features the common 5 reels and 3 rows, with a total number of 20 paylines. You won’t be able to regulate the number of the paylines, however. This will affect the wager amounts, whereas the minimum amount you can stake is 20p per spin. The maximum bet you can make on these reels is £500 per spin. And as for the RTP, you can count on 95,03%.

The pharaoh mask represents the game’s Wild symbol. As such, it can replace any of the paying symbols, however does not offer any payout of its own. In addition, it can also land anywhere on the reels, making for better winning opportunities. But aside from fulfilling its obligations as a Wild, this symbol can also act as a Scatter. 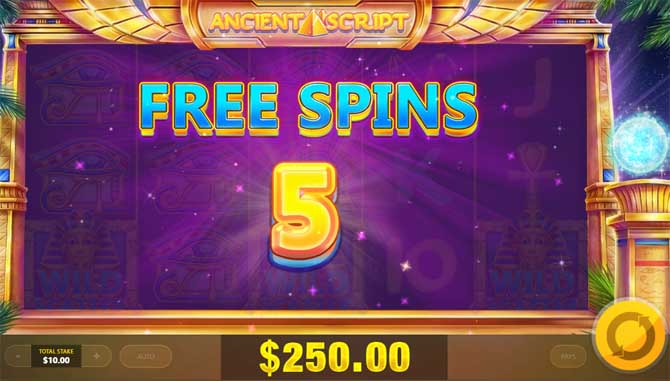 As such, it also has the capacity of triggering the freespins bonus feature. By landing 3 or more Scatter/Wilds anywhere on the reels, you can receive a random number of freespins. It will usually be somewhere between 8 and 12. In addition, during the freespins feature, every time you land a winning sequence, you will also benefit from the Expanding Tiles feature. This will make the symbols from the winning sequence expand to cover its whole reel. 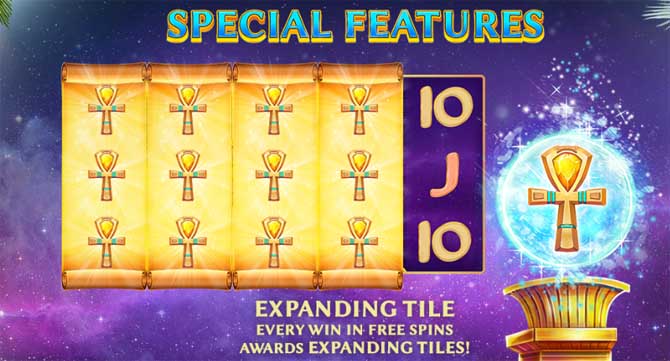 Of course, your aim in this case will be to land winning combos with the higher value symbols. Because that can, in turn, result in some pretty massive payouts. In addition, this very same features can also occur in the base game. Then, however, it will take place completely at random. And there’s really no telling, which of these will occur more often: the freespins feature or the random Expanding Tiles feature. You will notice that the freespins bonus round is actually pretty elusive and won’t be as easy to trigger as you might think.

Ancient Script is a fairly simplistic slot game, more so in terms of its features, which aren’t exactly the most exciting ones. However, the freespins feature in combination with the Expanding Tiles can prove to be exceptionally lucrative. And that’s especially true due to this slot’s high variance.