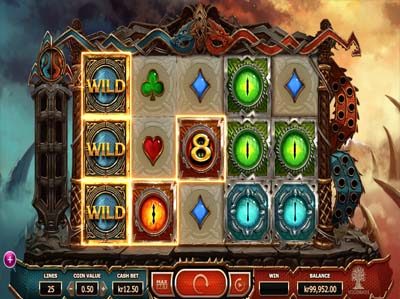 Double Dragons is one of the most enthralling and aesthetically pleasing slots to come out from Yggdrasil Gaming, which in and of itself is saying a lot. First of all, the graphics and animations are amazing. The soundtrack is decent, although it can prove tiresome after a longish session. Of course, it should go without saying that the slot is playable across multiple platforms, including desktops, mobiles and tablets.

Let’s crunch some numbers, shall we? Double Dragons is a 5-reel slot, with 3 rows and a total of 25 paylines. This also translates into a max bet of 25 coins per spin. Speaking of coins, the value varies from 1p to £5, giving you the stake range going from 25p to £125 per spin. There’s no progressive jackpot, sadly, but the four bonus features more than make up for the fact.

It’s been a good decade for dragons, and Yggdrasil is not the one to miss out on an opportunity. The reels are heavily influenced by dragon iconography – the low level symbols are gem versions of the card suits, whereas the high paying symbols have the appearance of dragon eyes. 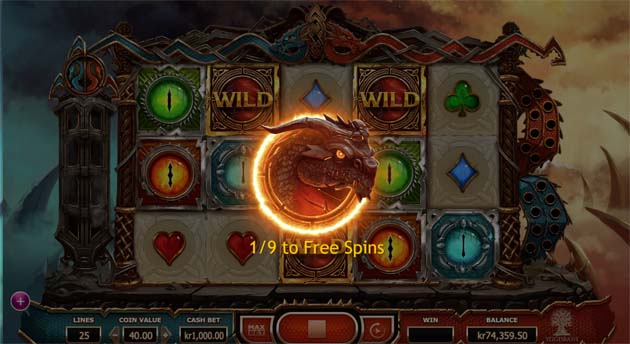 The two special symbols are both wilds, and they take the appearance of an ice dragon and a fire dragon head. The former acts as a 2x multiplier, with each ice dragon on the reels counting. The latter, however, is closer to a traditional wild, as it converts two to three regular symbols into wilds. Both of these feature as collectables, and will be stored on the right hand side of the screen. Keep in mind that they can be collected only during the base game. If you collect nine ice dragons, you’ll be awarded 5 ice freespins, whereas nine fire dragons equal to 5 fire freespins.

However interesting the wild symbols and their respective animations may be, the special eponymous feature is infinitely more amusing. Double Dragons is a combination of a dropdown and traditional reel slot, This means that the winning combinations are obtained by spinning reels, just like you would in a regular video slot. However, when you land a winning combination, the symbols making it disappear, while any symbols resting upon them drop down. Any remaining empty slots are then filled in by fresh symbol. 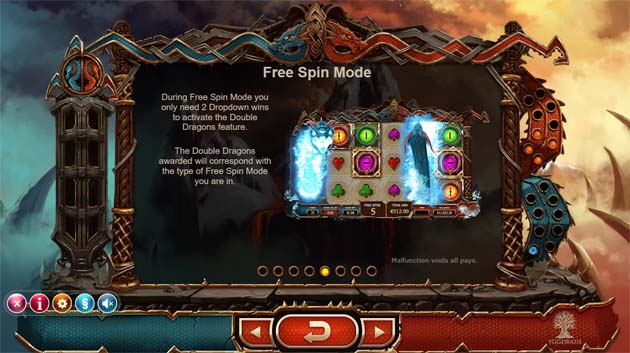 This is where the Double Dragons feature comes into play. Every hit is counted on a counter to the left hand side, and if you get four consecutive wins, you activate the feature. What happens next might remind you of Avatar: The Last Airbender; the two titular dragons will exit from the what was the counter until an instant before, and add two highstack wilds. These will fill two random reels with up to 28 stacked wilds. It’s important to note that the double dragons feature will require only two dropdown wins.

On a balance, Double Dragons comes somewhere in the middle to high when it comes to variance, with an RTP of 96%. Double Dragons is over all a very entertaining and well made game with some really cool and innovative features. The graphics are top notch and among the best we have seen from Yggdrasil, or any other provider for that matter. Well worth a try in our opinion.