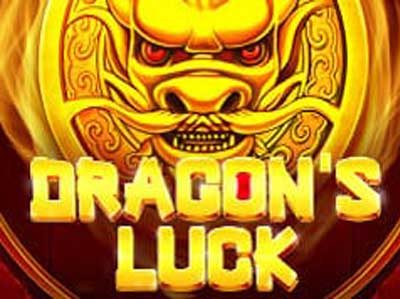 Dragon’s Luck is yet another Chinese themed online slot game by software provider Red Tiger Gaming. The graphics in this slot game, as well as in pretty much all other Red Tiger slots, are of pretty high quality. Notice the incredibly sophisticated backdrop with that amazing hand-painted feel to it. You can see lush forests and mountains reaching up towards the fluffy clouds. The reels are under a traditional Chinese rooftop with pillars on either side. Each one has a beautiful silver dragon wrapped around it. As for the symbols, they include the lower value playing cards A, K, Q, J and 10. In addition to them, there’s a lotus flower, a goldfish, a Chinese doll and the number 138. The 138 symbol offers the highest payout of up to a whopping 1,380 times your stake! 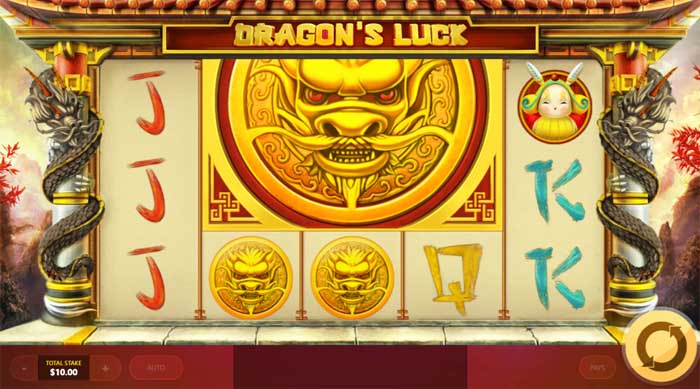 The layout in Dragon’s Luck is perhaps the most common one, featuring 5 reels and 3 rows. There are only 10 paylines here, but those will not be subject to adjustment. And as for the betting range here, it’s pretty much the standard for this developer. The minimum amount you can wager on these reels is 20p per spin, whereas the limit is £500 per spin. And as for the RTP, you can count on a satisfactory average of about 96.29%.

Notice that this slot game doesn’t really boast a Wild symbol. This means there isn’t a symbol here that will replace the other icons to help you create winning combos. In addition, there are also no actual Scatter symbols, not in the traditional sense of the word at least. With that said, there are also no pick-me games or freespins bonus rounds. But don’t let that disappoint you just yet. The base game has several special features in store for you anyway. 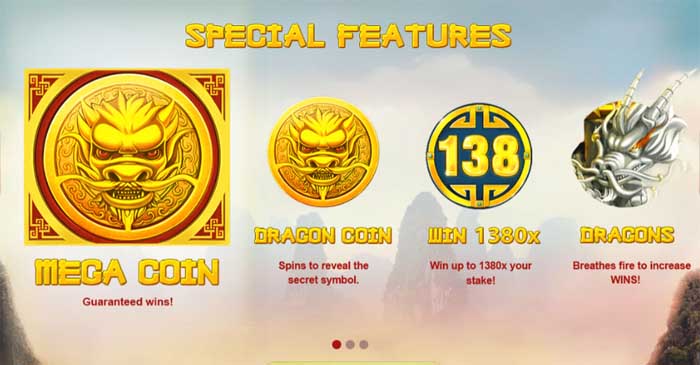 First of all, it boasts a Mega Coin, which is a colossal symbol. This means that it is larger than the regular symbols and take up three positions vertically and horizontally. That way, if you land this symbol on the reels, you will be guaranteed a win. In addition, there’s also the smaller version of the same symbol – the Dragon Coin. Whenever it lands on the reels, it will spin to reveal a secret symbol.

This secret symbol can, in turn, lead you to some pretty handsome wins. And keep a special eye out for those silver dragons on either side of the reels. Occasionally, they tend to breather magic fire onto the reels. And when they wake up to blow some flames, they will automatically increase your wins. What’s nice, though, is that this happens fairly often throughout gameplay, so you can be sure to get winning boosts frequently.

Dragon’s Luck is a very high quality slot game in terms of its design and visuals. And even despite there not being any traditional freespins or other such special features, you will still likely find this slot entertaining. Not to mention those lucrative payouts that aren’t too hard to score.