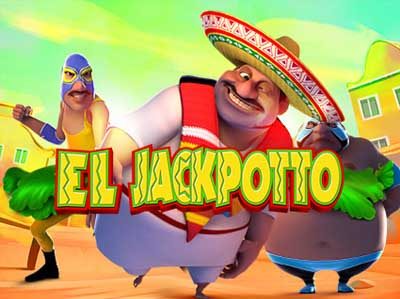 El Jackpotto is a slot game that comes from the software manufacturer Blueprint Gaming. As you can guess from the title, the game has a Mexican theme. And not just any Mexican theme at that, but it has Mexican wrestling as its focal point. Wrestling in Mexico is a big deal and it involves flamboyant costumes, putting on a huge show and people love it. There are a few popular titles out there sharing this same theme. But this particular title offers a fun, cartoonish vibe with plenty of stereotypical Mexican imagery. What’s remarkable is that the reels are actually under the roof of a food truck (or cart, to be more accurate). The half-eaten taco on top of it would suggest as much, as would the sauces on the stand to the right of the reels. And in the backdrop you can see some traditional houses, as well as the Mexican flag colors hanging from the sides of the screen. 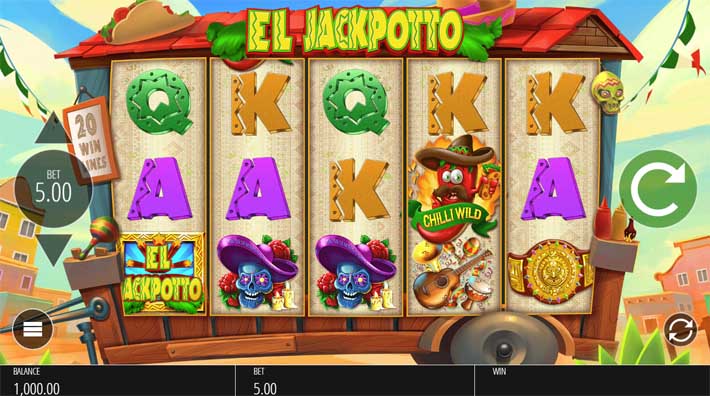 Now when it comes to the symbols of this slot, they begin with the lower paying, but often-seen playing card icons. Each comes in its own bright color, and they have a characteristic patterns cut into them. There are four of them in total and the icons in question are A, K, Q and J. Next up is a colorful piñata, following which we have a set of musical instruments. It features a guitar, maracas, a hand drum and a trumpet. And after that we have a symbol depicting a massive gold wrestling belt. Then in the same value category is a blue skull with purple jewels for eyes and wearing a purple sombrero. Finally, we have the game’s logo as the most lucrative symbol, which can appear stacked on the reels. The layout of El Jackpotto features your common grid of five reels and three rows. There are also 20 win lines within; however, you won’t have the opportunity to adjust them. The possible betting amounts also reflect this and come with a pretty flexible range. Wager amounts start off at a minimum bet of 20p each round. And the maximum bet exists as £100 per single spin. The theoretical RTP for El Jackpotto is 96%.

Look out for the red chili pepper (also wearing a sombrero, by the way), which works as the slot’s Wild symbol. It has just as much appeal as the logo symbol, meaning it can award you up to 500 coins. Like most other icons in El Jackpotto, the Chili Wild can land on all positions of the reels. And more importantly, it will be able to substitute for all of the other icons in order to help create better winning opportunities. The one symbol that the Wild does not have the possibility of standing in for is the scatter addition.

In turn, the Scatter comes in the form of four Mexican wrestlers. It too can land in any position, on any of the five reels during gameplay. However, the Scatter doesn’t offer any payouts of its own. Instead, it can activate this game’s main attraction – the Ultimate Luchador Bonus round. In order to do this though, you need to land a minimum of 3 Scatters all at the same time during a spin. 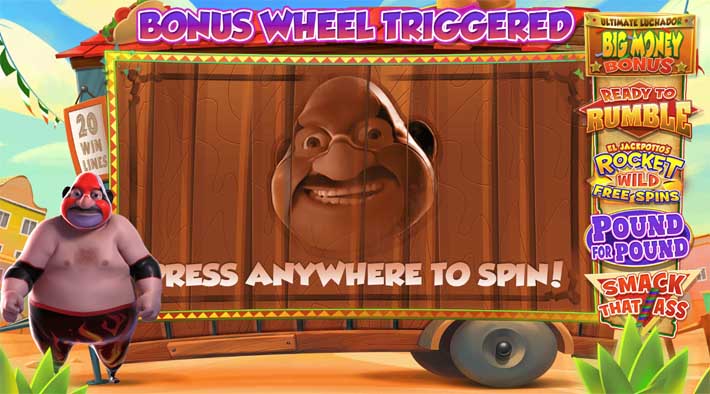 This will take you to a new screen, where you will need to make your way up a ladder. This ladder will then reveal which of the five different bonus features you will get to play. One is Smack that Ass, where you will need to hit piñatas to reveal cash prizes. Another is the Pound for Pound bonus feature, which is another pick-me game. Only here you will get to pick wrestling belts in the 3 different levels. These will also reward you cash prizes and potentially even a ticket to the Big Money Bonus game.

There are also two freespins bonuses, where you receive freespins with various extras. For example, you can benefit from additional Wilds, multipliers, etc. And last but not least is the Big Money Bonus, which can award you up to a whopping 10,000 times your stake. 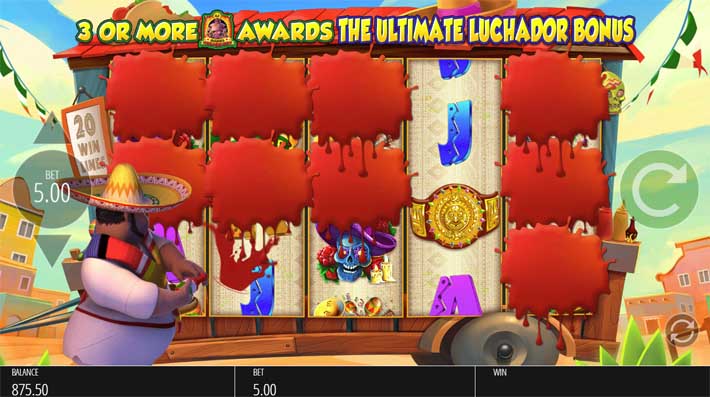 In addition to these, there are three random features you can benefit from during the base game. And some of them involve El Jackpotto randomly appearing on the screen and releasing some gas. The features include adding extra Wilds, full Wild reels, colossal symbols and mystery symbols to the reels.

Talk about feature-packed! El Jackpotto will leave you gasping for air after its whirlwind of bonuses. Three random features and 5 bonus rounds in total can potentially prove to be massively rewarding. Regular sized prizes can come in at decent intervals during the base game. But bigger ones can start raining on you once you have entered the Ultimate Luchador bonus. With that in mind, new players should be advised to take things easy, as the variance here is medium to high.