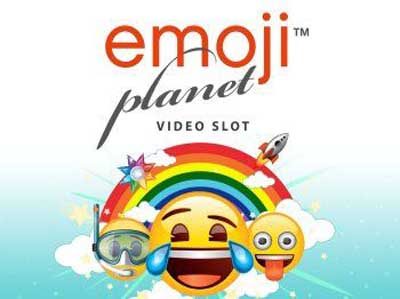 In this day and age of modern technology, where virtual communication has pretty much taken over, you’ve got to ask yourself whether we’re really progressing or in a twisted way, it’s quite the opposite? In a sense we’ve returned to communicating with the help of pictures, hieroglyphics if you will. And we call them – emojis. So now software developers have taken to incorporating them in some of their latest releases. Netent, for example, has now released one of its latest online slot game titles Emoji Planet, which is quickly gaining popularity among players. Enter the digital universe of pixel rainbows, dancing dolls on clouds and some of the most commonly used emoticons. There’s a rather neutral soundtrack playing in the background, if you exclude the occasional annoying sound effects. But to those who’d prefer silence, there’s always the mute button at your disposal. And watch out for cameo appearances of one of Netent’s most popular characters – Gonzo. 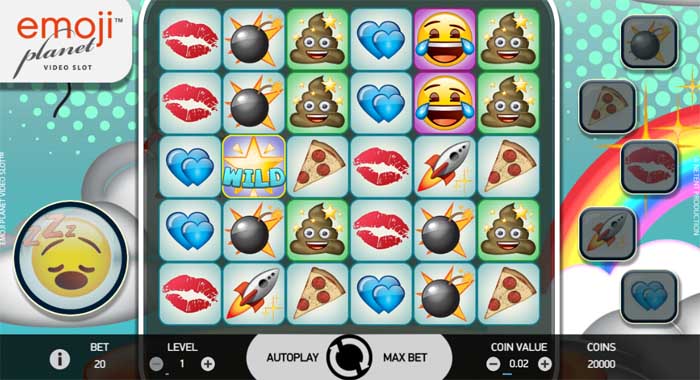 As for the symbols here, the lowest value emoji is that of the two blue hearts. Following it, we have the bomb symbol. And after that we have three icons in the same value category: the pizza emoji, the rocket and the kiss mark symbol. Then this brings us to a very recognizable symbol – the laughing poop emoticon. After that we have the content looking alien emoji. And finally we reach the highest paying symbol on the reels – the laughing emoji with tears coming out of its eyes. The layout and setup of the game have taken a step away from the conventional way things work. Notice there are 6 reels here and 5 rows, and paylines aren’t really a thing here. To form winning combinations, you will need to land clusters of touching symbols. As for the available betting amounts, you can count on a range of 20p per spin up to a total of £200 per spin. And the RTP here is an average of about 96.4%.

One of the notable features of this online slot game is the way you form winning combos. As we already mentioned, you need to land clusters of 5 or more of the same symbol. Once you have a winning combo, the symbols in it will disappear, making room for new symbols to drop in their place. This, in turn, allows for the opportunity to form more wins during that same spin. In addition, the game also benefits from a Wild symbol in the form of a star. It can land in any position, anywhere on the screen at any point during gameplay. And as any Wild should, it will also substitute for any of the other symbols present. 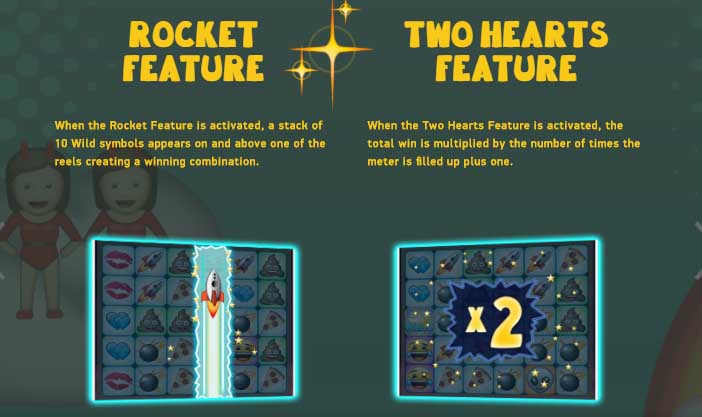 Besides this, Emoji Planet has 5 different symbol features that each have to do with a specific emoji. There’s the Bomb feature, the Kiss Mark feature, the Pizza, Rocket and Two Hearts features. Each of them also has a meter in the game. You will gradually fill that meter as you form winning combos with the respective symbols. Each meter has room for 12 symbols, so once you fill it up – you will trigger the feature of that particular symbol. To begin with, you have the Bomb feature. As a result of it, 8 random symbols will be destroyed and you will gain a cash prize of anything from 5 to 100 times your total stake for each of those symbols. 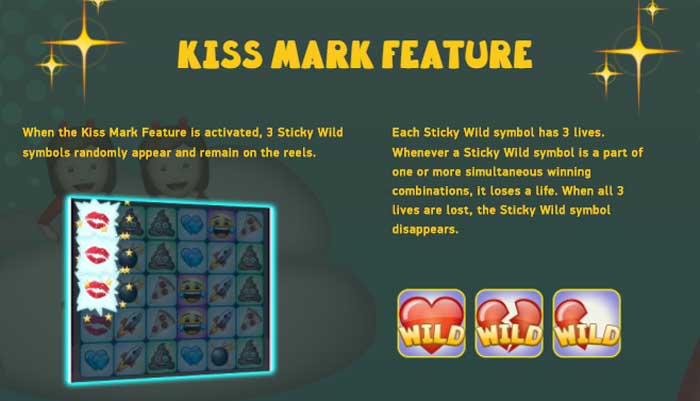 Then we have the Rocket feature, which will place a stack of 10 Wild symbols on and above one given reel with a winning sequence. As a result, new Wilds will keep falling down onto the reels until there are no more Wild symbols. Next up is the Kiss Mark feature, which will add 3 sticky Wilds to the reels. Each of those sticky Wilds can participate in 3 winning combinations, after which it will disappear. Then there’s also the Two Hearts feature, which can only be active when there are no winning combos and no other features active. It will essentially offer you a multiplier equal to the number of times you filled up the meter plus 1. And last but not least this brings us to the Pizza feature. This one will make a 3×3 overlay of one random symbol (except only for the Wild) appear on the reels. 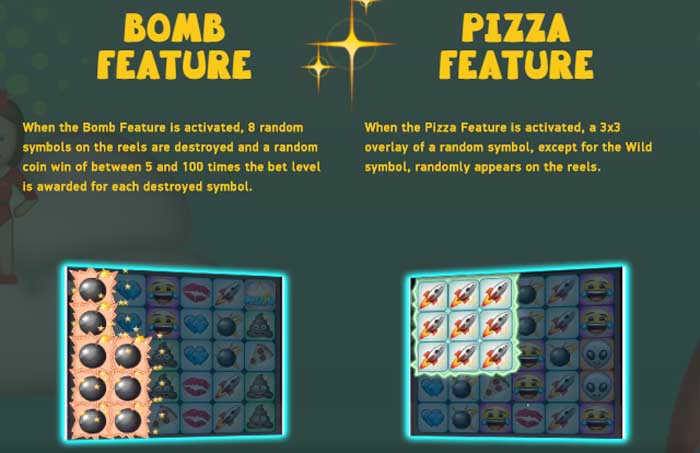 Emoji Planet offers plenty of action with a variety of unique special features for players to benefit from. There’s the cool and ‘it’ theme and the good quality graphics, too. All in all, this is a worthy title that will offer a fun gaming experience and a bunch of winning opportunities as well. We would put Emoji Planet in the medium variance range, with pretty decent prizes coming in at regular intervals. And of course, the symbol features will offer even higher wins, so those are something to look forward to. The theme however is a bit unusual, and this will probably be some what of a love it or hate it slot machine for most players.