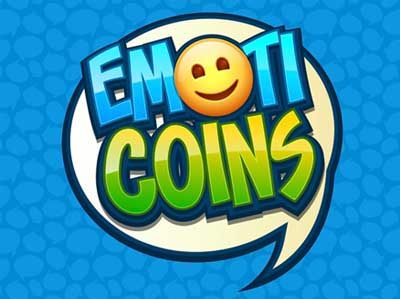 Emoticoins is an online slot by software developer Microgaming. Now, this particular provider has been known to deliver fun, exciting and high quality slot games since forever. So who would be better fit to take on the task of creating a game based on emoticons? …and coins? Especially with even a movie being dedicated to the topic now, there just needs to be a game out there, too. Visually, the design here is pretty simplistic. There are blue speech bubbles in the backdrop and nothing more to crowd the scene. As for the reels, they’re in a neutral dark blue color so only the emoticons and really pop out. There’s also a fun kind of soundtrack to accompany gameplay and of course the developers have also included some rather neat and interesting animated features. But you will get to see those throughout gameplay as you score winning combos. 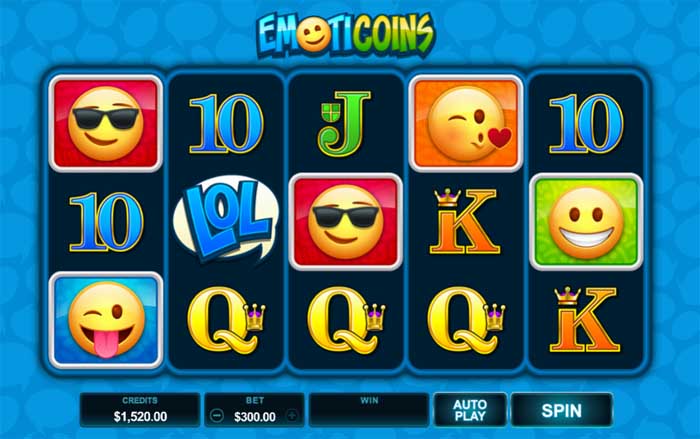 The symbols here include the common lower value playing card icons. Traditionally, each of them comes in its own bright color. But the design is pretty basic and pretty plain, with no real affiliation to the theme. The symbols in question include A, K, Q, J and 10. And following them we finally have the different emoticons. First is the winking smiley face, following which is the one sticking its tongue out. Then there’s the grinning emoticon, after which we have one blowing a kiss. And last but not least, the most lucrative so far is the cool emoticon with the sunglasses. As far as the game’s layout goes, the setup is pretty simple here too. It features a grid of 5 reels and 3 rows, with a total of 30 available paylines. The paylines aren’t adjustable in Emoticoins, so the stakes here will reflect that fact. Betting amounts range from 30p per round up to the maximum of £300 per spin. This slot boasts an theoretical RTP of about 96.5%, which is pretty agreeable.

The Emoticoins logo symbol is the second highest paying symbol on these reels, only after the Scatter. It also doubles as the Wild symbol, which you will have no doubt about once it’s part of a winning combo. It then changes appearance and says ‘Wild’ instead of the game title. This symbol can show up in any position, anywhere on the reels. What’s more, though, is that it will substitute for any of the other icons. In doing so, it will be able to help you land better winning sequences and perhaps more payouts. However the Wild will not replace the Scatter icon. 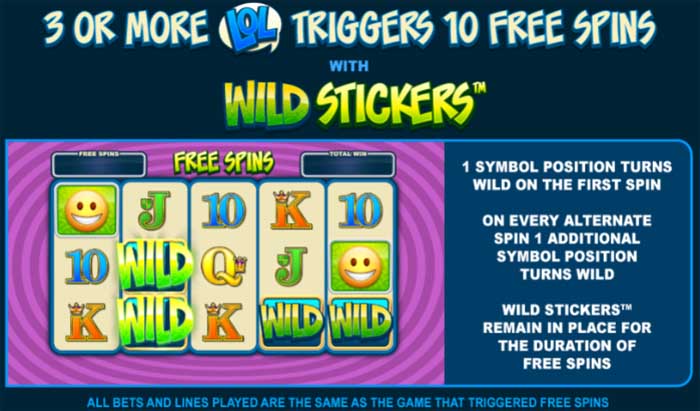 The Scatter, in turn, ironically says LOL, so you won’t miss it. The exceptionally popular abbreviation is worth up to 165 times your total stake. And what’s great about the Scatter is that it doesn’t need to land on an active payline in order for you to secure a prize. Just like the Wild, this symbol can land on any position, on any of the five reels. And better yet, it will also be able to trigger this freespin round. For that to happen, you will need to land 3, 4 or 5 Scatter icons during the same spin on any position on the screen. This will give you a total of 10 freespins. Before we move on to describing the feature, though, there’s one more thing we need to say. The Scatter, as well as the Wild will only be present on the reels in the base game. This means you won’t see them on the reels of the bonus feature. 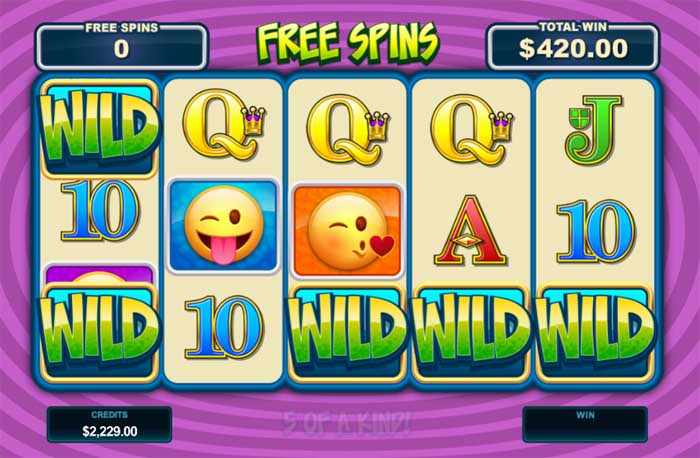 During the first freespin, one random position on the reels will turn into a Wild Sticker. This means that it will remain in place for the duration of the feature. After that, every second freespin will award you an additional Wild Sticker in a random position on the screen. So by the end of the freespins round, you will have a total of 5 sticky Wilds on the screen. However, you will not have the opportunity to retrigger this feature, since there will be no Scatters available for that to happen. In other words, those 10 freespins is all you will have to work for per round.

This is a random slot feature that can be activated during any spin in the base game. It will give you a blast of wilds, with up to five of the symbols on the reels being transformed into wilds, giving you a guaranteed win. 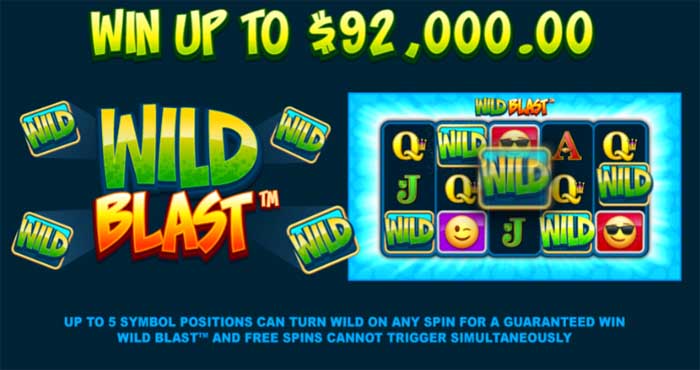 Emoticoins is rather simplistic, but still pretty fun and dynamic nevertheless. The slot’s stable medium range volatility doesn’t make for massive wins exactly (max 306x to be precise). But you can still get some pretty decent payouts, especially during the freespins round. In fact, we can even get more specific than that: the last two freespins of the special feature can potentially prove very rewarding due to those 5 sticky Wilds. However, the most you can pocket from a single spin here is 306 times your total stake. Of course, it’s not the most diverse Microgaming title on the market, but still worth giving a spin.