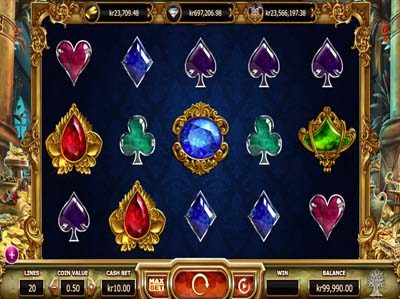 As most players will have come to expect from Yggdrasil, the Empire Fortune slot features some nice graphics, although the theme and soundtrack could be more appealing, especially the soundtrack.

The game features 5 reels, with 3 rows of symbols and 10 paylines. The max bet per spin is 10 coins, with the coin value ranging from 10p to £100. There are four bonus rounds, which is sure to keep most punters happy for quite some time. The slot RTP is a bit disappointing (94.3%), but still nothing that’d deter anyone from playing. As a matter of fact, the three  on this thing are certain to offset this.

As the name might suggest the theme of Empire Fortune is one of opulence – the reels are a-bursting with jewels and jewellery – rubies, amethysts, sapphires and emeralds, all cut to resemble card suits, as well as brooches sporting the selfsame precious stones. 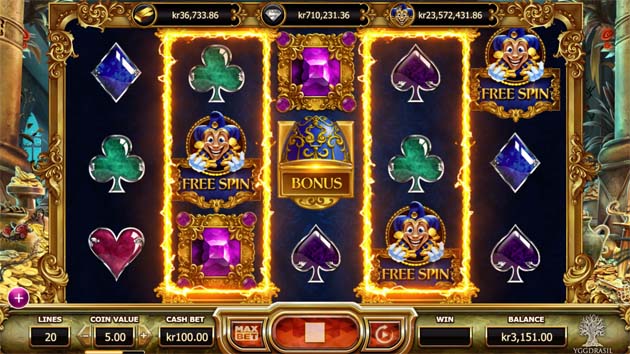 The least impressive special feature in Empire Fortune is the Hold feature. To trigger it, you have to land two bonus and/or freespin symbols, after which the reels with these symbols are locked for the next spin; in freespin round, this feature also awards you one additional freespin. 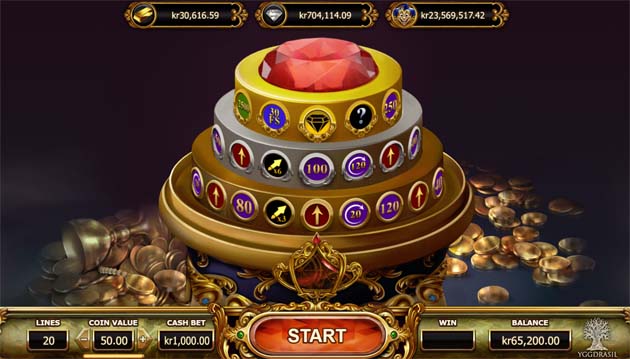 Another great feature is the Jackpot Wheel, which is triggered if you land three or more bonus symbols. This is essentially a wheel-of-fortune type of game. You’ll come across a three-tier gold cake with a massive ruby on top. Each tier represents a level in the feature, with each level being progressively more lucrative. You can move up the levels in two ways – either by landing on arrows once within the feature, or by landing the corresponding number of bonus symbols during the base game. Three bonus symbols launch the bottom level, four put you in the middle one, and five will trigger the top level.

There are three jackpots to win on the wheel – the Empire Jackpot, the Diamond Jackpot, and the Golden Jackpot. These are won by landing the joker symbol, the diamond symbol or the gold bar symbol, respectively, on the top level. It’s unutterably important to keep in mind that all three of these jackpots are, in fact, progressive,

The Fireworks feature is an interesting one. Basically, there will be rockets fired onto the jackpot wheel if you land the arrow symbol. There will be 3, 6, 9 or 12 of these rockets, and each is bound to hit a prize, including the jackpots.

Although the RTP may be off-putting on the first glance, you’ll be reassured once you learn of the four bonus rounds and the three progressive jackpots, not to mention the possibility of winning 1,300 times your stake, jackpots notwithstanding.