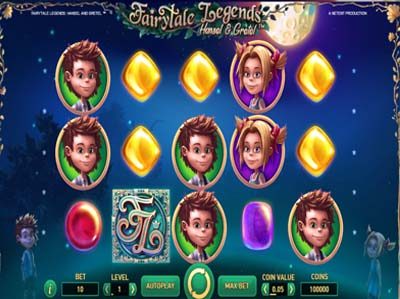 Fairytale Legends: Hansel & Gretel is brought to us by slot games developer Netent and is one in the series of fairytale themed slot games. Players will be able to enjoy the stunning 3D graphics and embark on an adventure with the characters of the classic tale. The backdrop shows us a misty forest in the dead of night. And only the full moon above the reels provides at least some visibility for the brother and sister. Them, by the way, you will see standing on either side of the reels, but also on the reels themselves. And as you spin the reels, they will continue venturing deeper and deeper into the forest. You will also be sure to notice the lovely cinematic soundtrack that contributes greatly to the whole atmosphere. It’s almost like you were watching a movie! 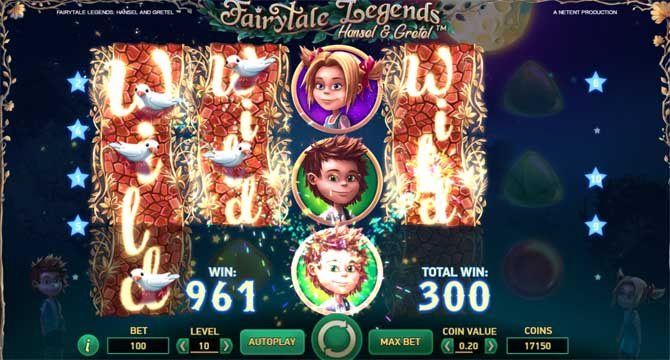 The lower value symbols in this slot game come in the shape of different colored pieces of candy. There’s purple, green, yellow and red. Following them are the two character symbols of Hansel and Gretel, as well as the game logo. The latter is also the game’s highest paying symbol. But aside from these, there are also two special symbols in this game, which we will discuss in a bit. And as far as the setup here goes, it’s all fairly familiar. There are 5 reels and 3 rows with a total number of only 10 paylines. The paylines are also fixed, so you won’t enjoy much flexibility there. However, there is a very comfortable betting range that starts moderately low at only 20p per spin. The maximum amount you will be able to wager on these reels is £200 per spin. And as for the RTP, things are also pretty good in this department, too. You can expect an average of about 96.71%.

As we already pointed out, there are two special symbols in this slot game and a myriad of special features that comes with them. The first of them is the red stone wall icon, which is the game’s Stacked Wild symbol. It can only appear on reel 2 and 4, but when it does, it will cover the entire reel it’s one. In addition to that, whenever you land one Stacked Wild in the base game, you will also trigger a Stacked Wild Respin and at that point reels 1 and 5 can also land Stacked Wilds. And if during that respin you land another Stacked Wild, you will again receive a respin, until no more Stacked Wilds appear. 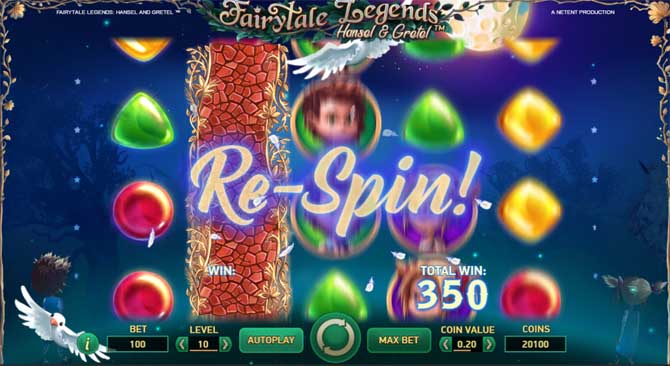 Then, the second special symbol on these reels is the Bonus symbol that is in the form of a chest. It can only appear on reels 1, 3 and 5. You will be looking to land all three bonus symbols, in order to trigger one of three bonus games. First is the Candy House bonus feature, where you will get to pick 3 out of 15 candies from the candy house. Each of them will have a certain multiplier value, but you won’t see it right away. Instead, you will get to choose, whether you want the average value or one of your 3 multipliers. You can potentially gain up to 120x your stake! The second bonus feature is the Freespins round, where you can gain 10 freespins. And last but not least is the Coin Win, where you can win a cash prize worth 15 times your stake. 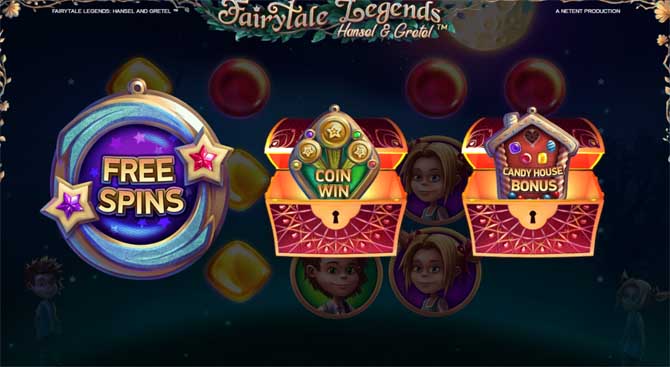 In addition, Fairytale Legends: Hansel & Gretel also boasts a total of three different random features. The first of them is the Fairy Wonder Spin, during which a fairy will come onto the reels. She will then add a cluster of anywhere from 5 to 9 game logo symbols onto the reels for one spin. The second random feature in store is the Fairy Surprise feature. This feature can be triggered if you haven’t landed a winning combo during a spin. At this point a fairy will again show up and select a symbol from those on the reels and will start converting other symbols into it, until a winning sequence forms. 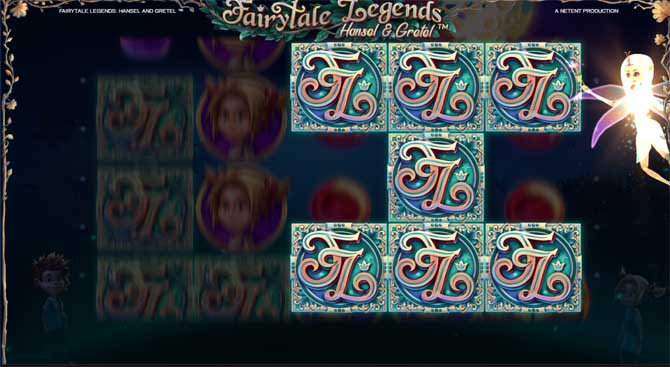 The third and final random feature that this slot game has to offer is the Fairy Wild spin. It will see to it that 2 stacks of Wilds appear anywhere on reels 1, 2, 4 and 5. After this, you will also immediately benefit from a Stacked Wild Respin.

Fairytale Legends: Hansel & Gretel is a really fun and atmospheric game and we’d expect nothing less from this provider. The graphics are certainly up to standard and the addition of the beautiful soundtrack makes for a perfect touch. But more importantly, the abundance of special features here is bound to keep just about anyone interested and spinning for a while.