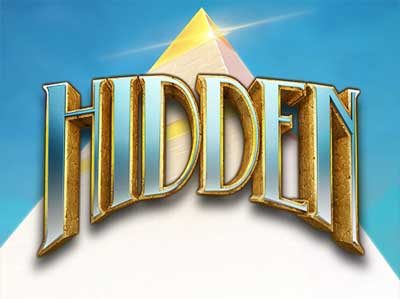 Hidden is an adventure-themed online slot game by online slots manufacturer Elk Studios. Now, this isn’t exactly the provider with the largest number of games on the market, but you can be sure that it’s among those with the highest quality titles out there. So, just as you might expect judging by other Elk Studios games, Hidden creates its very own atmosphere and takes you on an adventure like few other games can. The theme here is Ancient Egypt, the pyramids, anthropomorphic gods and treasure hunting – nothing new. But you will get to meet some funky characters and enjoy some highly entertaining visuals. Notice the backdrop shows you the pyramids with two pretty beaten up Anubis statues standing guard. Well, the special features here will breathe a whole new life into this scene, bringing it back to its glory days. There’s also a very lively soundtrack that changes up during gameplay, so don’t hit the mute button just yet. 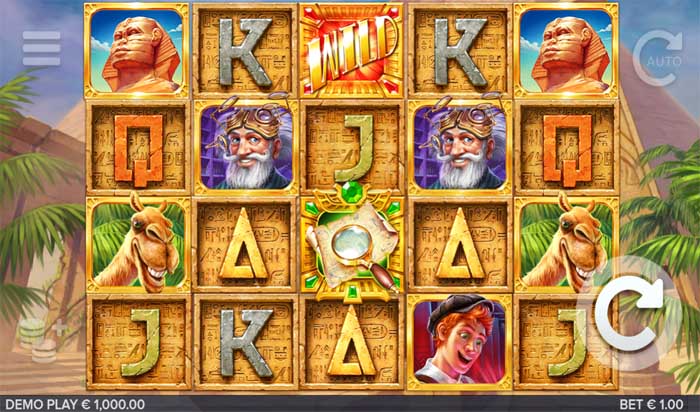 The symbols in Hidden include the lower value playing cards, but these are very nicely styled and designed to fit the theme perfectly. They include the icons A, K, Q, J and 10. Then this brings us over to the four higher value icons. These are all character symbols and some are pretty peculiar personages, as we already pointed out. First we have the head of a Sphynx, following which there is a menacingly grinning camel. We’re not sure what the camel is up to, but it doesn’t seem like it’s anything good. Next there’s a young boy with ginger hair, wearing a black cap. And last but not least is the strangest of them all – a kooky scientist wearing an odd contraption on his head. He is also the most lucrative symbol on the reels, offering up to 1,000 coins. As for the layout, it’s rather unusual too, with 5 reels and 4 rows. There are 178 ways to win here, but there will not be subject to adjustment. And stakes here have a pretty liberal range of between 20p per spin and £100 per single spin. The theoretical RTP you can expect in Hidden is 96.30%.

This title also features its very own Wild symbol, which, however, does not offer any payouts. It can appear in any positon on the five reels and is also perhaps the most vibrant symbol in Hidden. But besides that, the Wild will also be able to replace any of the other symbols here, except only for the magnifying glass icon. In doing so, you can benefit from better winning combinations and more opportunities to pocket higher prizes. 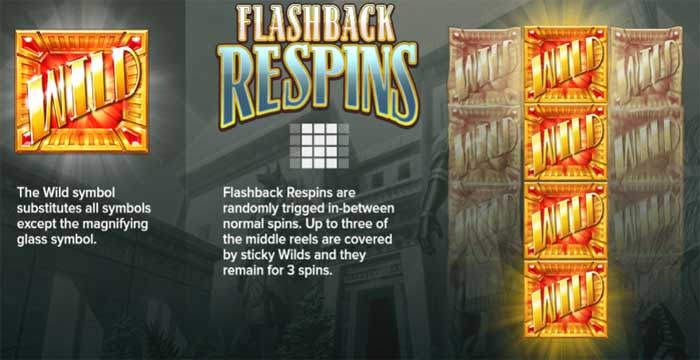 But the Wild is also a key symbol in one of the special features in Hidden, namely the Flashback Respins feature. This is a random special feature that can occur at any point during the base game. As a result of it, you will receive a total of 3 consecutive respins. Notice also how the backdrop will change, literally coming to life with vibrant colors. So, during these 3 respins, players will benefit from 1, 2 or 3 of the middle reels becoming fully Wild. Furthermore, these reels will be covered in Sticky Wilds, which means they will remain in place for the duration of the entire feature. And as it progresses, they will help you land more winning combinations. 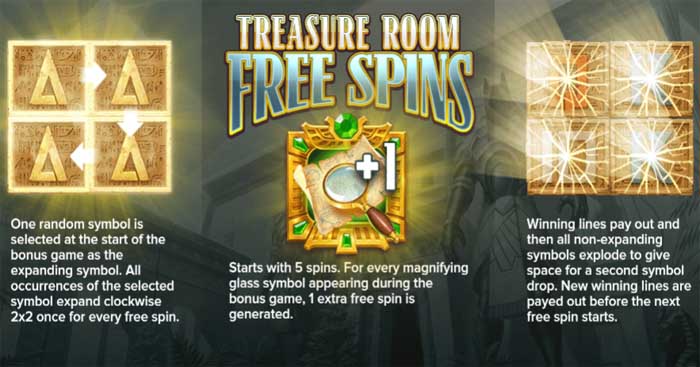 Next up, we have yet to introduce the magnifying glass symbol, which is actually the game’s Scatter. Just like the Wild, it doesn’t have any real value of its own. But it can also land in any position, anywhere on the reels. You goal, however, will be to land at least 3 of these icons all at the same time, during a spin. This will, in turn, trigger the main attraction – the freespins bonus round. Next you will receive a total of 5 freespins, and before they begin one symbol will randomly be chosen to become an expanding symbol. This means that when it lands on the screen, it will expand to cover a square of four positions. Furthermore, whenever it appears, the rest of the symbols will disappear. So this will make room for other symbols to fall in place, perhaps even another expanding one. Be sure to also look out for the Scatter during this round. For every one that you land on the reels, you will receive an extra freespin. 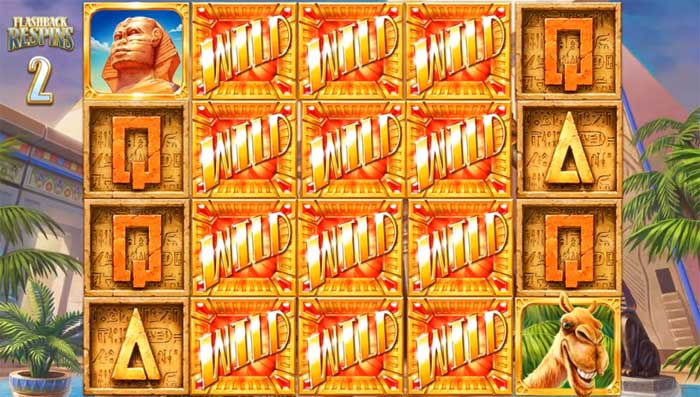 Hidden is a really cool online slot game and you can trust Elk Studios to deliver a great gaming experience. Everything from the theme, to the visuals and audio – even to the game’s features – is pure entertainment. But keep in mind that this is also a highly volatile slot machine, so you can easily let your bankroll slip through your fingers. On the brighter side, prizes can potentially soar up to 2,150 times your total bet per spin, so that’s certainly something to look forward to.