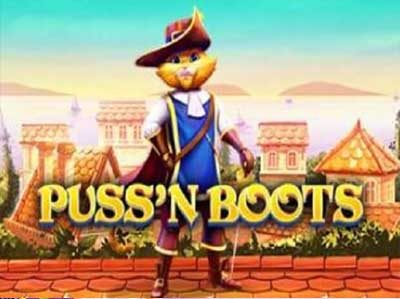 Everyone enjoys a good fairytale themed slot game from time to time. And Red Tiger Gaming offers players a great take on one of the most popular childhood tales in Puss N Boots. The graphics are really nice and there are a few entertaining animated features, as well. And they include the dressed up cat coming onto the screen, as well. The backdrop depicts a medieval European town and there are ropes with banners hanging over the reels. And as for the symbols in this slot game, there are the four lower value playing card suits: clubs, diamonds, hearts and spades. Following them are the different pieces of Puss in Boots’ outfit: gloves, hat, the boots, of course, and two swords. 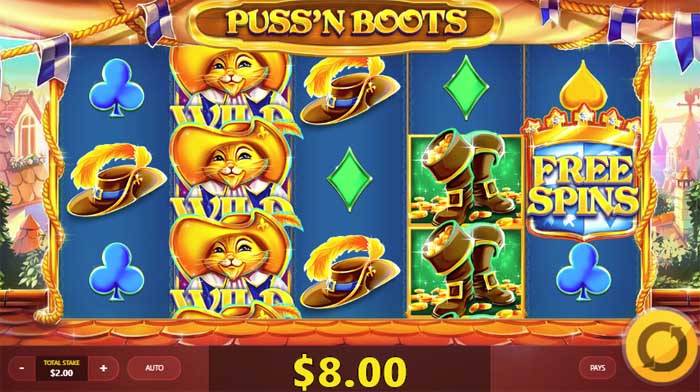 The layout in Puss N Boots is just the usual grid of 5 reels and 3 rows. As for the total number of paylines, you will have 20 in total here. And as this is a Red Tiger slot, you won’t really have the option of adjusting them. Instead, you will have the flexible betting range at your disposal. You will be able to stake anything from 20p per spin up to £500 per single spin. The RTP in Puss’N Boots is a little bit on the lower side, though, at 95.23%.

The Puss in Boots symbol is also the game’s Wild. But in addition to that, it will be the symbols offering you the highest payouts. You can pocket all the way up to 1,000 times your stake! In addition, the Wild can appear in any position on the reels and replace any of the other symbols on the reels. However, it cannot replace the Freespins Bonus symbol. 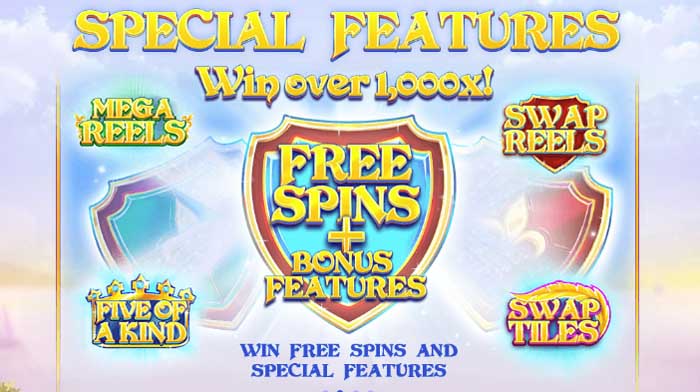 If you land three or more of those Bonus symbol during the same spin, you will receive a random number of freespins. But in addition to that, you will also receive one of the four Puss features. One of them is, for example, the Swap Reels feature. The reels will switch order on the screen in order to create winning combos. Another one is the Swap Tiles feature, where different symbols on the screen will exchange places. This, in turn, will also make for better winning combos.

The Mega Reels feature will see to it that all the lower value playing card suit symbols will disappear. And last but not least there’s the Five of a Kind feature. If you get this feature, Puss will rearrange five symbols of the same type so that they can form a winning combination and you can pocket the highest prize for that symbol. Note that any of these features can also take place randomly during the base game. You will then see Puss come onto the screen to execute the respective feature.

Puss N Boots is packed with different features, which offers plenty of entertainment and action. Furthermore, the random features can also prove to be fairly rewarding. As far as the variance goes, this slot lands somewhere in the medium range.