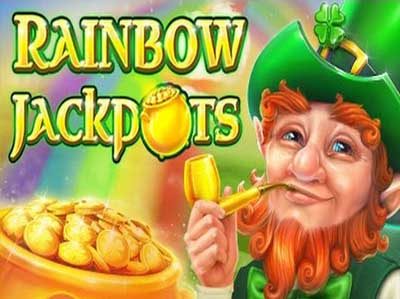 Rainbow Jackpots is a fun Irish luck themed online slot game by casino software developer Red Tiger Gaming. It boasts some pretty impressive graphics, so the game certainly won’t hurt to look at. In addition, you will also get the occasional comments from the elusive leprechaun, as you spin the reels. There’s also a very non-intrusive soundtrack to help enhance the atmosphere. As for the symbols, they include the different colored lower value playing card icons A, K, Q, J and 10. And as for the other ones, they include some of the most widely recognizable lucky charms, such as the horseshoe and four leaf clover – all in gold here. In addition, there’s also the green hat of the leprechaun himself. 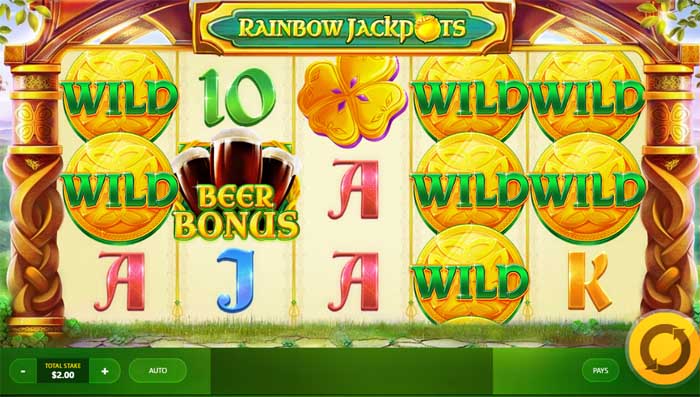 And as far as the layout goes, things are pretty traditional here. There are 5 reels and 3 rows, with a total of 20 paylines. As is custom with most Red Tiger slots, you won’t be able to adjust the number of the paylines. But the betting range is pretty decent, so you won’t really need to. You can wager anything from only 20p per spin up to a maximum of £500 per spin. And the average RTP you can count on is about 95.24%.

The gold coin is the game’s Wild symbol and also the most lucrative one on these reels. The Wild can give you anywhere up to 800 coins in payouts. It can also appear in any position on the reels and replace any of the other symbols. Thus, it can significantly increase your winning opportunities. However, the Wild cannot substitute for the only other special symbol here – the Scatter. In addition, all symbols in this slot game can also appear in stacks, which is also great. 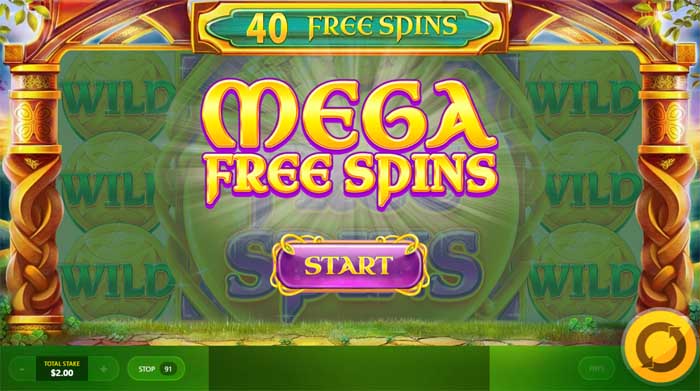 The Scatter can also appear in any position on the reels, just like the Wild. But it doesn’t really offer any real payouts. Instead, it can trigger the freespins bonus feature. And in order for that to happen, you will need to land at least 3 of these symbols during the same spin. You will receive a random number of freespins, but that number can be dramatically increased if the leprechaun appears on the reels. He will upgrade the freespins to Mega Freespins, which can award you up to 100 freespins!

In addition, you can also trigger the Beer Bonus feature, which is a pick-me game. You will have to select a pint, to reveal a multiplier of up to 100 times your stake. And again, the leprechaun may appear to boost the feature and give you up to a whopping 1,000 times your stake! Another random feature is the Magical Symbol Swap. Random symbols will appear on the reels to help create winning sequences. 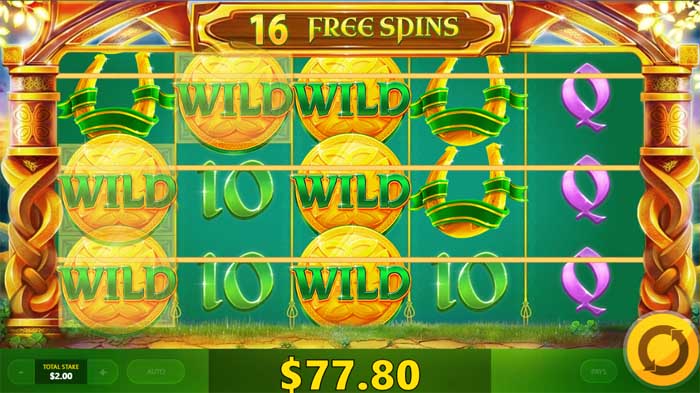 Rainbow Jackpots has a bunch of special features to offer and some of them are actually quite lucrative. Couple that with the medium to high variance range of this slot – you are in for a thrill.