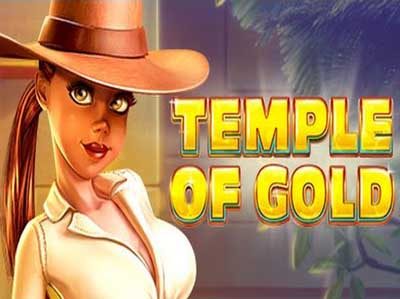 Temple of Gold is an adventure themed online slot machine created by slot machine developer Red Tiger Gaming. If you’ve been dreaming of exploring ancient temples and forgotten civilizations, now’s your chance to do so. This slot game will provide you with the perfect setting and all the necessary artifacts you might need. An uplifting soundtrack will be there to contribute to the general atmosphere, as well. And a couple of ancient pillars will form the frame of the reels. As for the symbols on those reels, for the most part they are the lower value playing card icons A, K, Q, J and 10. Following them are three different hieroglyphs that increase in size and complexity as their value rises. The most lucrative of them is worth up to 240 coins for landing 5 on a payline. 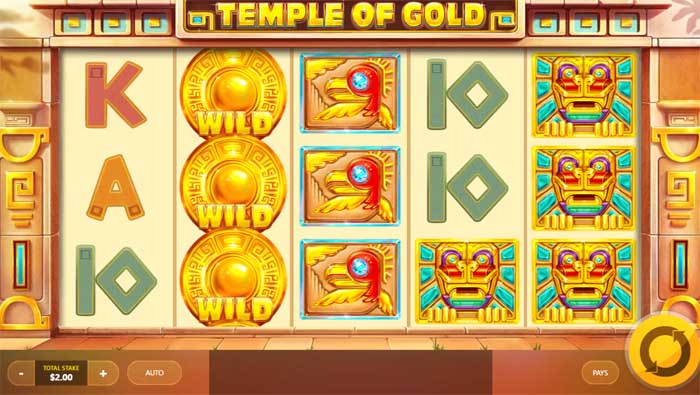 The layout here is the most common one for slot games today and features the regular 5 reels by 3 rows. You will find that there are 20 paylines here, all of which, however, are fixed and therefore not subject to adjusting. Players will have a typically flexible betting range to explore, though. You can wager anything from only 20p per spin up to a total of £400 per single spin. The RTP in Temple of Gold is barely reaching the 95% mark, set at 94,95% to be precise.

The remarkable round golden shield is the game’s Wild symbol. As such, it will be able to replace all of the other symbols on the reel strips and thus help create wins. In addition, the Wild can land anywhere on the reels and will also offer you the highest payouts of any other symbol here. As a matter of fact, you can pocket up to 600 coins with its help. Better yet, it can also appear in full stacks. There is one symbol the Wild cannot replace, though, and that is the Relic Hunt Bonus symbol. 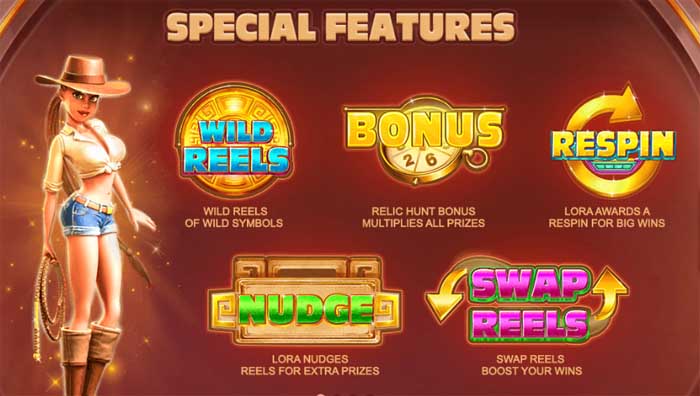 That Bonus symbol can trigger a bonus round, in which you will get to make your way along a cash trail. And in order for that to happen, you will need to land at least three of these symbols anywhere in sight during the same spin. But in addition to that, Temple of Gold also boasts five different random features.

One of them is the Wild Reels feature. During this feature Wild symbols will end up covering a full reel or even several full reels. The Nudge feature will move the reels up or down in order to make more winning combos. Then there’s the Swap Reels feature, during which 2 or more reels will swap places, again creating a winning combo. Another one is the Instant Win feature, which will see colossal symbols appear on the reels. And last but not least, the Respin feature is quite self-explanatory.

Temple of Gold is certainly a bundle of fun with a variety of different features to benefit from. They also take place fairly often, which is good, but we can’t say the same about the Relic Hunt Bonus.