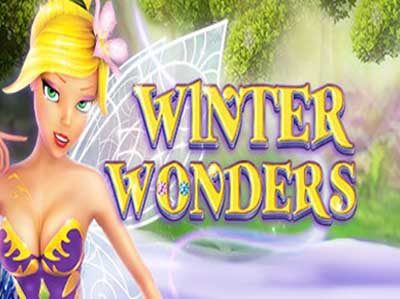 Winter Wonder is a charming and magical kind of online slot game by slot machine developer Red Tiger Gaming. It’s a bit of an odd theme, because the main character is a fairy and her home is actually the leafy green forest – not the icy barren one. Either way, the backdrop certainly does show you a kind of winter wonderland, and there’s a matching soundtrack to go along with it. As far as the symbols here go, there aren’t really many of them. First are the lower value playing card suit symbols: clubs, diamonds, hearts and spades. Then rising in value is a jewel in the shape of a snowflake, following which is a blue pendant. Then last but not least is a gold crown. 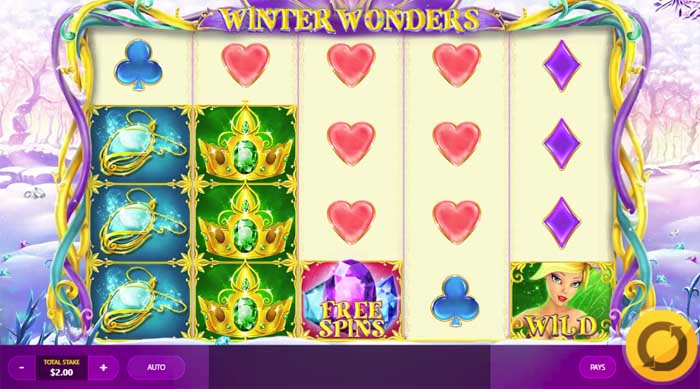 The layout in Winter Wonders is slightly uncommon and features the regular 5 reels only with 4 rows, instead of the regular 3. You can enjoy a total number of 40 paylines, but you won’t be able to adjust them. Luckily, the betting range hasn’t changed and is the same as in most other Red Tiger slots. Wager amounts range from 20p per spin and up to £500 per single spin. The RTP of Winter Wonders by Red Tiger Gaming is set at 96,29%.

The fairy is the Wild symbol in this slot game and also the most lucrative one on the reels. She can award you up to 350 coins if you manage to land 5 Wilds on a payline. But more importantly, the Wild can replace any of the other symbols to help create winning combos. Furthermore, it can also appear in any position on the reels and even in stacks. So sometimes, the Wild will be able to cover entire reels.

This slot also features another special symbol, which the Wild will not be able to replace, though. It is the Freespins Bonus symbol. If you land at least three of these anywhere on the reels, you will trigger the freespins feature. You will then need to pick one of three gems, which will reveal your number of freespins. It can be anything from 9 to 15. During this feature, the Fairy can also appear to make the lower value symbols disappear. 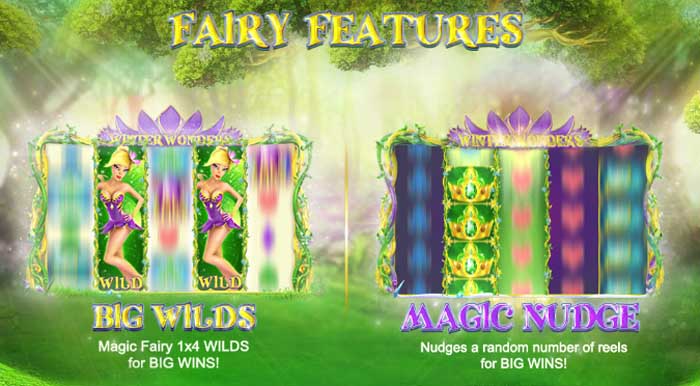 In addition, Winder Wonders also has 4 random features that can take place at any point during the game. One of them is the Random Big Wilds feature, which will result in one or more reels turning fully Wild. The Special Reels feature, on the other hand, will award you a spin without any of the lower value symbols. Then there’s the Magic Reels feature, which will see one or more reels all turn into the same symbol. And finally there’s the Magic Nudge feature, which can move the reels up or down to create winning combos. 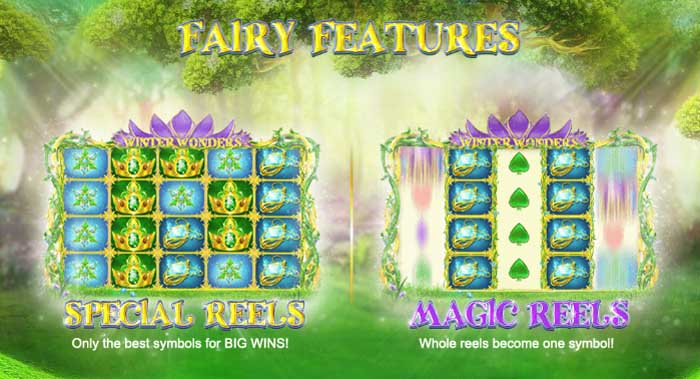 Winter Wonders is a pretty decent slot games with plenty of diversity coming from the mini features. In addition, you can score pretty big during the freespins bonus round.