We have to say that the whole Egypt theme has been very much over done when it comes to slot games. In fact, all of the major developers have more than one game with this base theme, so it should come as no surprise that Play’n Go are offering up Book of Dead to gamers. This sees you in search of the titular book in the ancient temples of Egypt, and you’ll be presented with icons that are relative to this mission. The first of these are the Egyptian-influenced A, J, K, Q and 10. Joining them are four other symbols in the form of three Egyptian artefacts, followed by your incarnation of an explorer. 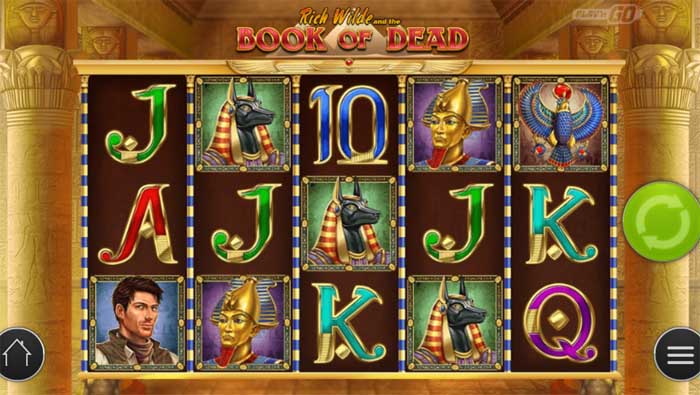 The layout of this one is presented on a five reel and three row interface, so it’s a fairly standard affair as far as the design is concerned. The developer has also incorporated a total of 10 separate bet lines as well, but these can be customised to suit your own personal preferences. Further to this, you’re able to adjust the amount of the wager that you place per spin, which is done first of all by altering the value of a single coin between its minimum of £0.01 and £1.00 per line. Meanwhile, you can play between one and five of these coins per line, giving you the chance to place a maximum overall wager of £50 per spin.

There are a couple of standard specialities included in this game to make your search even more exciting. The first of these is the scatter icon, which is represented by the noted book. This is also a wild icon at the same time, being able to substitute for all other icons on the reels to form a win. Should five of these appear on the reels in scattered locations, you’ll receive a maximum pay out of 200 times your bet played.

Furthermore, if you spin three or more of the scatters into view, you’ll trigger the freespins round. This provides you with a total of 10 freespins and a special expanding symbol is randomly chosen to give assistance during this round too. The highest paying symbol is the explorer and if you get this as a special symbol and land five of them in the free spins feature, there is a monster payout of 5000x coming your way. 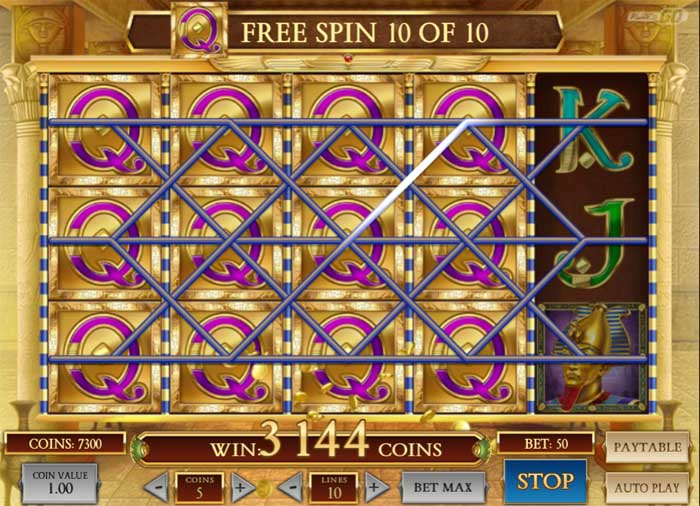 Some players prefer to get the lower value playing card symbols as the special symbol however, as these symbols occure much more frequently, and still pays very well for a full screen. Probably the best symbol you can get is the aces and king, as those pays 150x for a full screen. The dream is ofcourse to get a full screen of explorers for the 5000x payout, but that is very hard to achieve, four explorers for a thousand x payout is not that far-fetched however. This features gives you the excitement for which expandig symbol you are going to get, and the excitement of playing out the free spins.

Book of Dead is a high variance slot machine with a very thrilling bonus round. This is in many aspects an all or nothing slot, it can give you amazing wins, but it can also eat up your balance in no time. The RTP is at a respectable 96.21%. We recommend Book of Dead for gamblers looking for slot machine with a high volatility and the possibility for a large win. As mentioned, it can drain your balance in a heartbeat if you don’t get the bonus early on, so keep that in mind when setting the bet size on this slot.

All things put together, Book of Dead is an excellent slot machine from Play’n GO. Haven’t tried it yet? Be sure to give it a spin on one of our recommended casinos.