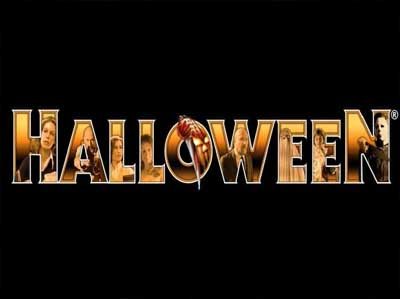 Halloween is an video slot by casino software and slot machine provider Microgaming. It’s centered around the classic movie of the same name. And it has all the references to the film to give you a real spook. Even if you haven’t seen the original motion picture, the soundtrack will send chills down your spin for sure. And not to mention Michael Myers occasionally creeping out from behind the spooky house… with a knife. Speaking of which, the house is actually the backdrop for the reels. There’s a jack-o’-lantern in the corner, signifying the time of year. And for that additional eeriness, you will also get to catch a dead leaf falling down across the screen. If you don’t enjoy the scary vibe, you can still play and mute the soundtrack. At that point the creepiness level will plummet to zero. 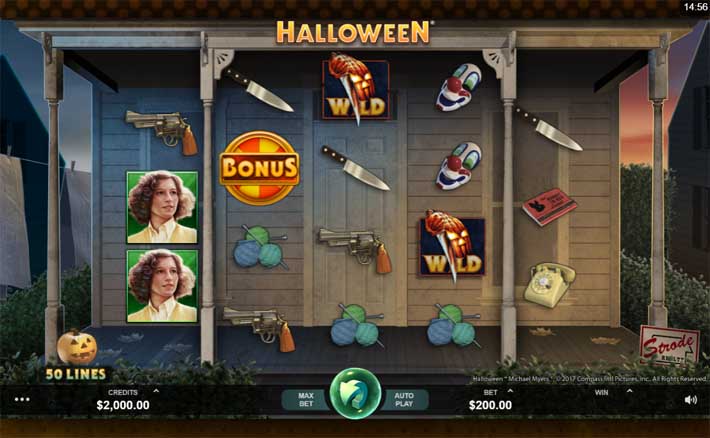 Now, let’s have a closer look at the symbols floating around on the transparent reels. First in line is the yarn icon, following which is a pack of matches. Then we have an old telephone, a clown mask (never a good thing), and there’s yet another increase in value for the kitchen knife. Ending the list of lower value icons is the pistol symbol. This brings us over to the more valuable icons, of which there are four in total. And these are all characters from the movie, as you will be sure to recognize. First comes happy, smiling Lynda, and after that is Annie. Next up is the only male character on these reels – Loomis. And finally, with a pretty hefty increase in value is Laurie. In regards to the design in this title, you will notice it has 5 reels. However, the number of rows varies thanks to the Wandering Reel feature. A box of three reels with 4 rows spins together and can migrate from one end of the screen to the other. In addition, it can display massive Jumbo Blocks of symbols that take up several positions. The reels that are not affected by this feature have only 3 rows. There are 50 fixed paylines, and bets here are on the expensive side. You can risk anything from 50p per spin up to £200 per single spin. Halloween has an RTP of 96.01%.

Halloween comes with a number of special bonus features, too. First, watch out for the iconic Halloween symbol, as this is the Wild. As such, it will be able to stand in for any of the other icons. The only exception is the Scatter icon. With the help of the Wild, you will be able to complete more winning combinations and have a chance at higher prizes. Note, however, that the Wild doesn’t offer any payouts of its own. But it can appear on any of the five reels, at any point during gameplay. 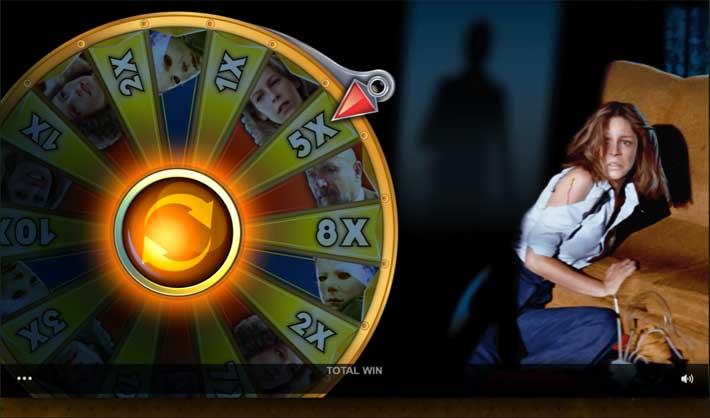 The Scatter symbol, on the other hand, can also appear in any position on the reels. Only it will be responsible for activating the Trick Or Treat Wheel bonus feature. To trigger this bonus round, you will need to hit at least 3 Scatters anywhere on the screen during the same spin. You will then access a new screen with a wheel of fortune, which will award you cash prizes, until you trigger one of the 2 other bonus rounds. The cash prizes can be pretty decent, each ranging up to a total of 10x your total stake.

By landing the Boogeyman on the Wheel of Fortune, you will trigger the Boogeyman Bonus feature. This is a pick me game, where you will need to select fallen leaves to reveal cash prizes. You can also reveal Michael, which will award you a certain cash prize and end the feature. And in addition, you can also find knife symbols that will neutralize Michael, in case you land on him. You can only collect up to 10 cash prizes, though, at which point the feature will end. 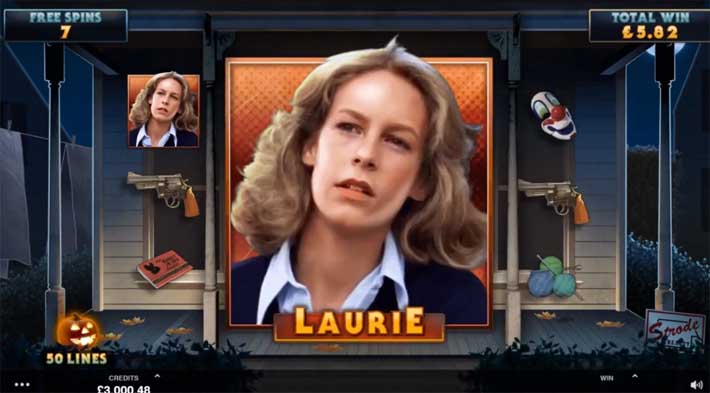 Landing one of the character symbols on the Wheel, on the other hand, will activate the freespins feature. You will receive a total of 9 freespins. And the character that you landed will be present on the reels to a larger extent. In other words, the Wandering Reel feature will only be displaying that particular character. You won’t be able to retrigger this feature, though.

Halloween is a deliciously eerie treat for those anticipating the approach of the autumn holiday. It’s very new, so the graphics and visuals are up to the highest Microgaming standards. On top of that, you have three very decent bonus rounds to enjoy, which adds diversity to gameplay and offers great winning opportunities as well. Not to mention that you can also benefit from the Wandering Reel feature all throughout gameplay. This is, however, a medium variance slot, so it may take a little while to trigger the Trick or Treat Wheel Bonus. But the prizes in it should be very much to everyone’s satisfaction.