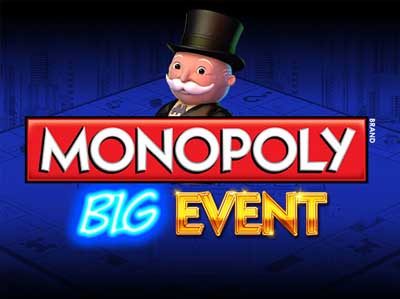 Everybody loves Monopoly. You know, that one game that turns family members and the best of friends to deadly enemies? Heaps of fun! Well, game developer Barcrest has brought us a Monopoly themed slot and it’s oddly nowhere near as rage-inducing as the original.

Much on the contrary, it offers a smooth and easy going game play. It features 5 reels and 3 rows with 20 paylines. You can play with £0.20 and bet a maximum of £500 per spin, which puts on the more expensive side. However, the winning opportunities here are beyond what you might expect. Here you can get up to 99% RTP on this game (if you play it in big bet mode)! And there’s really a lot much more to love about this slot.

The symbols in Monopoly Big Event slot are the usual playing card letters, but you also have the classic Monopoly cat, dog, car and ship figures. The graphics and soundtrack are very satisfying, as is the backdrop, featuring the board game itself.

There are also a number of great features that this game has to offer. First up is the Big Event bonus feature, which appears to be the most popular with players, and with good reason, too. To trigger it you will need to land the Big Event symbol on the uneven reels. If you get 2 stacked symbols on the 5th reel, this will award you a House sneak preview feature. 3 stacked symbols on the same reel will grant you Hotel sneak preaview feature. 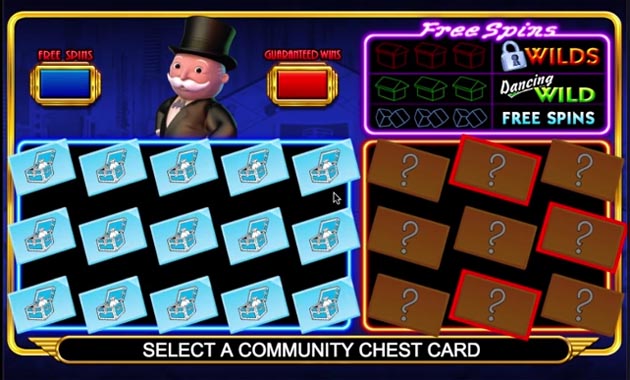 Both modes will allow you to choose from community chest and chance cards alternatively. The former will grant you freespins or guaranteed wins, whereas the latter will show bonus icons. Gathering three bonus icons of a kind will activate one of the available bonuses along with the freespins you’ve gained.

There are two wild freespins features: Locking Wilds and Dancing Wilds. The latter will randomly make a single reel wild per freespin. The Locking Wilds feature (the one you really want), on the other hand, will hold any Wild symbols in place for as long as the feature lasts. And keep an eye out for the ‘In Jail’ symbol. If it lands anywhere on the reels, it will eliminate the lowest value icon.

Furthermore, there’s also a Big Bet Game feature available. To activate it, however, all you need to do is click the purple ‘Play Big Bet’ button. You can choose between playing a £20 or £30 game. Each of the two offers 5 spins. The £20 game will grant you a multiplier that goes up from 1x to 5x from spin to spin. The second game will first reveal one of three features: Win Multiplier, All Wins 5x or Locking and Wild Big Event. 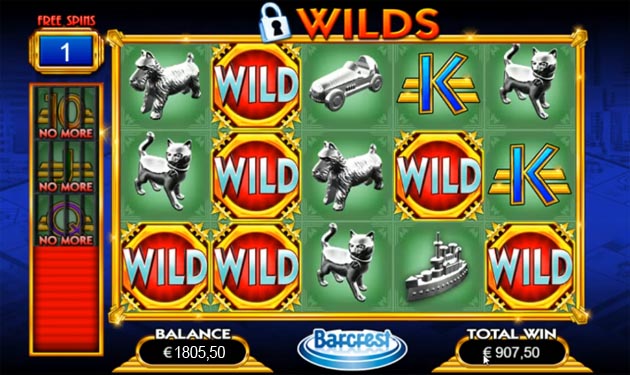 This is definitely one of our favourite slots of all time. In addition, its fairly high variance has proven to make for some pretty massive wins. But it’s also just a very fun game to play with a great bonus round. If you play it in big bet mode the RTP of the game is at a massive 99%, making it one of the best bets out there when it comes to slot machines.

What you really want in this slot game is to get the feature on a high win multiplier (preferably on 5x), collect a lot of free spins and then to pick three of the red hotels for the locking wilds feature. This will lock all wilds in place as previously mentioned, and if you are lucky and get a good amount of wilds in early, the wins can be massive.