Harry Trotter the Pig Wizard is a charming and highly entertaining slot by slot game developer Blueprint Gaming. As you can tell, this game is a take on the famous Harry Potter franchise, only instead of a boy, it centers on a pig. And the pig is fully clad in wizard attire, at that. Both the graphics and the design are pleasantly rich; there’s plenty of fine detail to go around. In addition, a matching soundtrack will accompany gameplay as you spin the reels. And speaking of them, they picture the regular playing card symbols A, K, Q, J and 10. Following them are some typical magical attributes, such as the wizard’s pointed hat, a book of spells and a bag of gold coins.

This game features 5 reels and 3 rows with 20 paylines. Those you will not be able to adjust, however. The stakes have a rather typical range for this particular provider of between 20p per spin and £500 per spin. The average RTP you can count on is about 94.68%.

Special Features in The Pig Wizard

There are a bunch of extra goodies to benefit from in Harry Trotter the Pig Wizard. Starting with the more mundane Wild symbol, it pictures the Wizard Pig himself and is the most valuable symbol on the reels. What’s more, it can replace any of the regular symbols to help create winning combos. The only symbol it cannot replace, though, is the Bonus symbol. 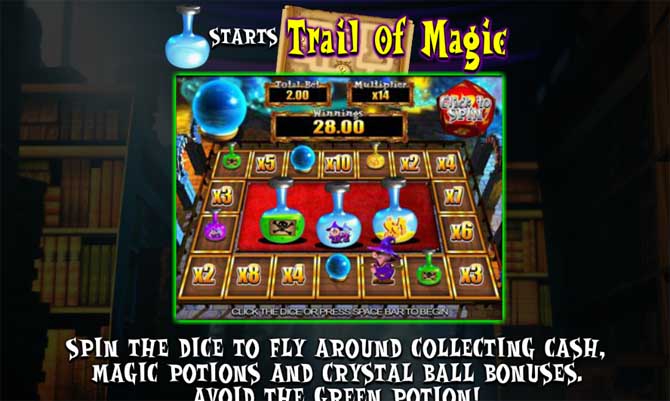 You will really need to watch out for the Bonus symbol, as it can trigger a whole variety of different special features. Note that it only appears on reels 1, 3 and 5. In order to activate the Magical Bonus Map, you will need to land all three symbols. Once you activate the feature, it will open the doors for one of four bonus games. You will find yourself looking at a magical map, on which you will need to pick one of the available rooms. They will each have their own feature in store, one of which is the Squeal or no Squeal game. It will allow you the opportunity to pick out multipliers, and you can either decline or accept them. But watch out, because you can only decline so many times, before you will have to settle for the final option. 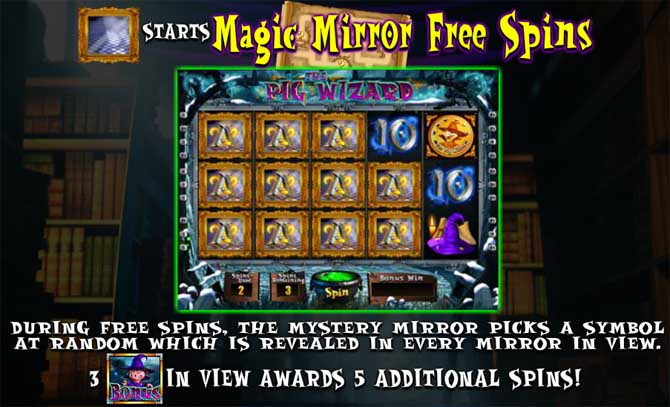 Another possibility is the Magic Mirror Freespins feature, which will award you multipliers for a certain amount of freespins. You can even retrigger the feature and receive 5 extra freespins by landing 3 Bonus symbols. The two other options are the Trail of Magic and the Magical Wild Reels feature. And finally, you can also randomly hit the progressive jackpot. 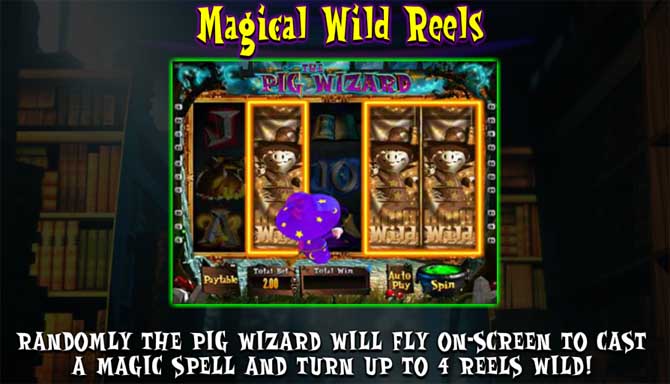 Harry Trotter the Pig Wizard will offer you a bunch of entertainment. The abundance in bonus games, as well as the way they’re presented is already worthwhile in itself. But the progressive jackpot adds even more appeal, as does the whole theme of this slot.