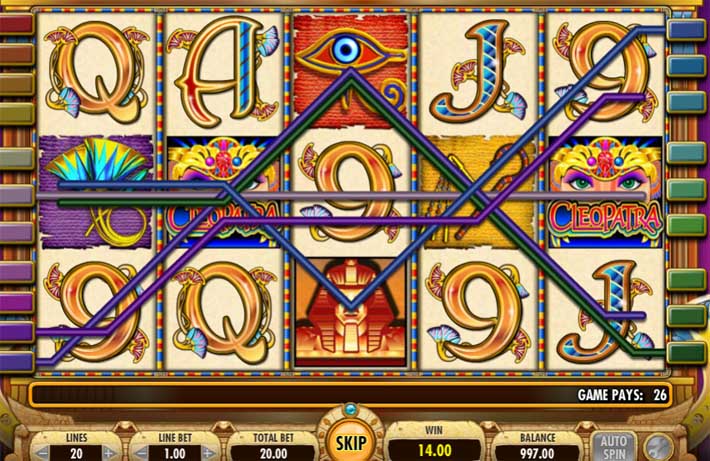 If you look back at the original, mechanical slots produced in the early 1900s, they all had a single payline. The concept of multiple paylines hadn’t been invented yet, and the goal was to try to get matching symbols lined up on a particular line. Later, fruit machines were created where you could line up different matching pieces of fruit to win a piece of gum that was in the flavor of that fruit, and these eventually evolved into classic slots that used three different paylines across a 3×3 grid of symbols.

This concept of multiple paylines evolved until today you have games with hundreds of ways to win on a single spin. However, many of these games do not use the traditional payline format, and we’ll not only show you why that is, but we’ll show you how these newer formats work as well.

Classic slots have a real estate issue where a 3×3 game can only have up to five ways to win before you’ve exhausted all of your options (without looking into vertical paylines, which is a different concept completely). When video slots started becoming popular and the format expanded to include five reels, three rows were still the most common, but this allowed for a lot more room for different types of paylines. Most video slots in the beginning only had five or nine paylines, and this was considered a lot at the time, but this quickly evolved into its logical conclusion: games with anywhere from 20 to 50 paylines available on every spin.

Casino software companies figured out that they could offer even more ways to win by expanding the format to something like five reels with four rows, and this is often seen with 40-payline and 80-payline games because of the increased amount of visual real estate. However, expanding further proved to be problematic because games with something like six reels and seven rows starts to take up a lot of space on the screen. This led these software developers to come up with a new idea.

The scatter symbols were first introduced in video slots, and the idea is that they offered ways to win without having to line up symbols on a particular payline. You could win with the symbols found either anywhere on the reels, or found anywhere on the reels as long as they showed up starting on the left reel and working their way to the right. 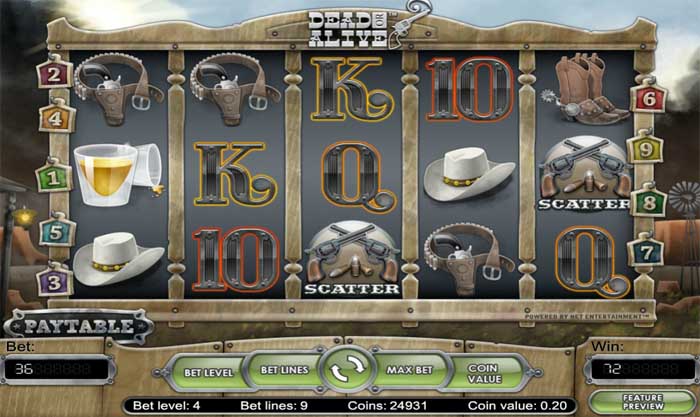 These scatters are often used to trigger bonus features, but they also allowed casino software companies a new type of format for betting lines that doesn’t rely on the typical payline structure.

Imagine you have a video slot with five reels and three rows. If you decided to make every symbol in the game a left-to-right scatter symbol, then you would end up with 243 different ways that you could win on each spin. These wouldn’t work exactly like paylines in terms of the betting, but the concept is more or less the same. 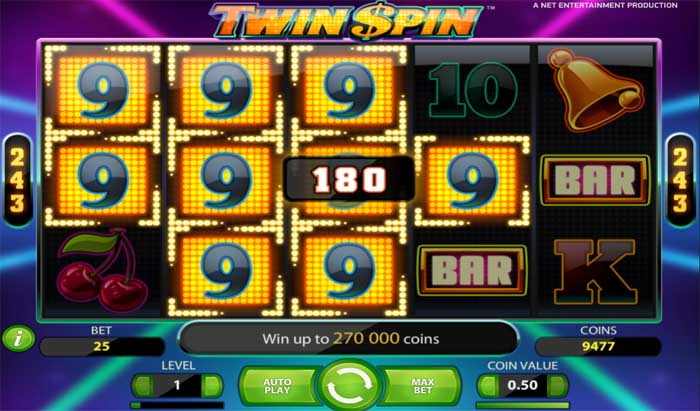 That’s exactly how these 243-payline games work, and the same concept applies to titles with the 1,024-ways format that you see on five-reel, four-row games sometimes. The idea is that you can win by picking on symbol on each reel, as long as you go from the left-most reel and work your way to the right, no matter which spot on the reel the symbol appears in.

This way of thinking about things is the easiest way to make sense of the 243-ways type video slots, and it helps you to avoid a lot of confusion about which combinations make wins and which do not in these games.