Endorphina is a company that has been running since they first opened their doors in 2012. This company is licensed in the United Kingdom, one of the single most important and most reputable jurisdictions for online gambling in the world. While they have offices in Prague in the Czech Republic, they have grown to be popular in several different countries thanks to their marketing prowess and willingness to step outside the box, even if it means taking significant risks in the process. 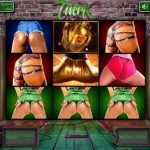 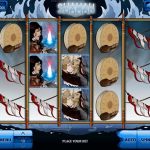 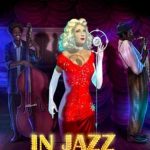 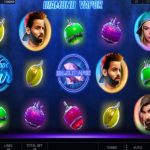 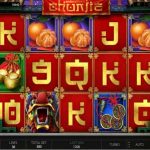 One of the major things that brought Endorphina to the lime light was the build-up to their three-reel slot Twerk. Based on the style of the dance by the same name, Twerk grabbed a lot of attention because it was a game whose symbols consisted almost exclusively of the butts of a number of different performers. On top of that, they hired “dance teams” for industry trade conferences and really built a big buzz for the game for several months ahead of time.

The end result had two major components. The first component is that their efforts did get a lot of attention, which was the goal. The second component, and perhaps something they saw coming and did it anyway, was a bit of a backlash based on the content of the game and the methods used to promote it. Everyone has their own opinion on these issues, but there’s no denying that they have been aggressive in their expansion, which bodes well for their future.

Endorphina is a company that focuses exclusively on slots, and their games cover a wide range of themes. They have everything from the above Twerk game to titles like The Vikings and The Ninja that are based on more serious and darker concepts. These games all have a few things in common like solid graphics and balanced features. However, they don’t go so much into 3D rendered graphics, and a big part of that is the simple fact that they take a long time to load. That would be particularly annoying, especially on mobile devices, which is a segment of the market they really focus on.

One of the most important things about the online casino industry right now (and for the foreseeable future) is that operators are not all that interested in having exclusive software agreements. What this means is that you can find games from several different providers at most casino sites these days, and Endorphina’s games fit perfectly into that.

They are all built using Flash and HTML5, so they can integrate easily into other software platforms. They have deals with other smaller software companies (including Pololo Gaming, XIN Gaming and others) to band together to offer their titles as one lump bit of content, which has helped them to increase their exposure as well.

Their Most Popular Games

The most popular titles by Endorphina are Twerk, The Vikings and Jetsetter. We described Twerk above, but The Vikings is about a viking village where the warriors have to fight off a number of threats, and it is filled with different bonus features as a result. Jetsetter, on the other hand, has a completely different theme about a wealthy group of people who take off and travel in many different exotic destinations. These titles show how flexible this company is with their themes and concepts.

Endorphina stands out as a software developer that produces a very high level of game quality while also pushing very hard on the marketing side as well. While there are a number of companies of similar size putting out quality content, they are the company that really grabs the attention of people with their marketing prowess. We expect to continue to see more great games and more big marketing ploys from this company in the future.