GameArt is a good example of a company that was built to thrive in the current era of online casinos. They first opened their doors in 2013, and they have offices in Serbia, the United Kingdom, Slovenia and Malta. They focus primarily on slots, and they work with online casino operators as well as land-based video terminals in various regulated markets. Like many software companies in this industry that opened around the same time, they focus a lot on offering their games across multiple platforms. 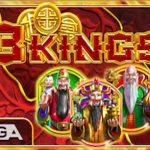 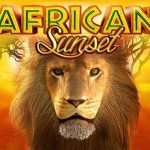 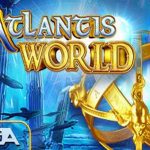 It’s important to note that GameArt develops their games in a way that helps them to “play well with others.” This means taking a cross-platform approach that allows their titles to integrate with existing systems either on an individual basis or en masse. Their approach to their distribution has allowed them to get on with a number of online casinos in a relatively short period of time, and that has helped their level of growth tremendously. Pair that with the fact that they produce solid games, and you have a winning recipe that’s been treating them well in the years they have been in operation.

This software package is based almost completely around video slot titles. They produce these games with a lot of different themes and features, and that has helped them to create a well-rounded library. Their graphical style is designed to give players a good experience as well, but it’s also put together with efficiency in mind. This is why you won’t see any sort of 3D or overly involved graphics of a similar type in their titles. The reasoning is that it takes entirely too long to load all of those graphics, which drags down the overall user experience and compromises their ability to get their games on a number of different software platforms.

There are a few key games by GameArt that stand out as being very representative of their work. The first is King of Wealth, which is based on an Asian mythology theme about a particular deity who was considered the God of Wealth for a particular culture. You’ll find all sorts of interesting symbols on the reels with a very balanced pay table and chances to win small, medium and large pays.

Money Farm is another important title to note, and you’ll recognize it right away from the goofy chickens and other animals that populate the screen. You’ll see dogs, cows and other characters on the reels, and they help to give you a great-looking game with a lot of action from pays. Finally, we want to mention Mystic Riches with its Mayan/Incan/Aztec theme that comes to you straight from the jungles of South and Central America. These games are very representative of what GameArt can do overall, and they’re solid titles themselves overall.

GameArt is a very solid, very well-rounded producer of online slots. They have games in both land-based video terminals and at online casinos. Their game selection consists of a couple of dozen titles for the most part, but they have games that work on all different platforms as well.

Overall, even though this company isn’t necessarily huge and they don’t have hundreds of titles to choose from, they offer a high-quality experience for players. Their games cover a lot of different themes with different styles of gameplay, and that means that they have something to offer every type of player out there.