Genii is a good example of one of the oldest online casino software companies running today. They started up in 1997, and they have produced a number of games in the decades they have been active. They have been a true innovator, particularly in the mobile space, and they also have licenses in two of the most important regulatory jurisdictions: Malta and the United Kingdom. Overall, they’ve produced great games and features, and they have a solid portfolio. 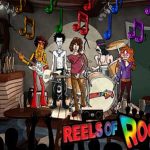 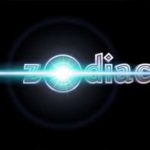 Any fan of online slots can tell you that the vast majority of games follow the same type of formats. Even providers who try to get “outside of the box” do so by just changing the basic elements of the reels to have more symbols on some reels or fewer on others. Genii, on the other hand, did something truly different with their Spin16 line, which is a set of games that have four columns and rows of symbols. They are designed for play on mobile devices with intuitive touch gestures, but they can be played via desktop as well.

The basic concept is that players can spin any of the four rows or four columns of symbols in either direction to create a spin. There are a total of 16 options for spinning the reels in this way in these games, and that’s where the name of the game comes from. The cost of each type of spin will vary just depending on the symbols already on the board, so players can make more strategic decisions, and the gameplay of the slot changes as a result.

Online Slots and Other Projects

While the Spin16 line is what Genii is best-known for, they also have other high-quality slots and various other games. These slots can hang with other great titles on the platforms that they are available on, including the very popular EveryMatrix platform, and it puts players in a position where they are able to better access what this company has to offer. Aside from these slots, most of the work that this developer does is on back-end projects, which players will probably not be very familiar with or interested in, despite the fact that they have done some innovative things there.

Despite making some pretty high-quality slots within the normal parameters, Genii’s claim to fame is the Spin16 line of games. You can find their slots in a lot of online casinos, but they tend to focus on mobile, which is what the Spin16 line was originally designed for. They are one of the companies that are expected to really continue to dominate the mobile sector of the online casino world because of their innovation with both their games and back-end software. For the most part, they have created one of the more original styles of slots that players have seen since the online casino industry first started, and that’s something most of their competitors have yet to match.