Big Time Gaming is one of many online casino software game developers in today’s industry that focus exclusively on slots. They have been running since first opening their doors back in 2011, and they operate out of their offices in Sydney, Australia. They are notable for the overwhelming effort they have put into every aspect of their operation, which really helps their level of legitimacy in the business as a whole. They make great games that are popular with players as well. 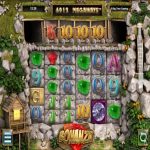 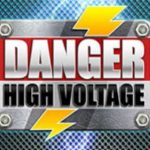 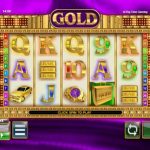 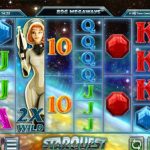 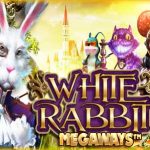 Many software developers in the online gambling industry choose to only be licensed in one key jurisdiction. Big Time Gaming completely blows that idea out of the water. They are licensed from Alderney, Gibraltar, Malta and the United Kingdom. Malta and the UK are considered by virtually all online gambling experts to be two of the most important and most trustworthy jurisdictions for licensing in the world, and Gibraltar and Alderney are not far behind. As such, this is a company that is very much trusted by players, and they have proven their commitment to transparency and legitimacy by seeking out licenses in so many top-tier jurisdictions.

The first thing that we want to note about their overall game selection here is that, while they do focus primarily on slots, they do have an extremely limited selection of table games. Both blackjack and roulette options are available, but there’s really nothing beyond that.

The reason for this is simple: Big Time Gaming offers their titles to online casinos that are virtually always using software from other providers as well. It would not make sense for them to put a ton of resources into making a bunch of different table games that will most likely not even be used because table games from other software developers are already in place. Along these lines, it makes sense for them to focus virtually exclusively on slots.

Whenever you look at their selection of video slots, the biggest thing that stands out is their Megaways line. These games use an atypically large format with six reels, and each reel has seven symbol spots on it. Most of the symbols in these games come stacked in various amounts, and this creates a ton of ways to win thanks to the fact that they all use the “all ways” approach for giving players pays.

This turns all of the symbols into left-to-right scatters, which means you can run up tons of winning combinations on a single spin. In fact, there are thousands of ways to win on every spin you take in these games. This leads to some pretty exciting gameplay overall.

All of the video slots by Big Time Gaming feature great graphics and gameplay. The reason for this is pretty simple in that they focus on quality instead of quantity. They don’t benefit that much from having an overwhelming quantity of games because there are too many competitors out there for it to be a major advantage. However, the quality of their games is a big advantage, and they have it in a major way.

Their most popular titles in the video slot sector include Rocky Predators, Viking Quest and Vegas Dreams. These three games are good examples of how this company is able to produce titles with a wide range of themes and different styles of graphics, but they all come across as very polished and high-quality overall.

The bottom line is that Big Time Gaming is a great company that focuses on giving players high-quality slots that they can trust and believe in. They aren’t particularly large as a company, but they have dozens of great games and plenty of reasons for players to believe in their future.