Push Gaming is one of those companies that has shot to high levels of popularity in the online casino world in a relatively short period of time because they put out such high-quality work. They formed in 2010, and they have licenses from both the United Kingdom and Alderney. They’re also a member of eCOGRA, the most important independent certification entities in the online gambling world as a whole. This is a great company that produces great games. 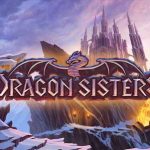 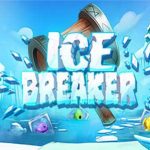 The quality of the games produced by this company cannot be denied. They’ve produced games like Peter and the Lost Boys and Humpty Dumpty, both of which are based on simple stories with themes that have been used a lot in the industry, but they are so great with the visuals and how they present the games that they stand out as being on the same kind of level as games produced after big movies or television shows. Their gameplay doesn’t suffer either, and they are great about giving players an exciting experience no matter what kind of theme they use by using features and concepts that make sense and immerse the player in the slot.

Whenever Push Gaming started out, they did not focus completely on HTML5, but that all changed in 2013 when they completely changed direction and went to having all of their titles built on the same HTML5 platform. What this did for them was put them in a situation where they could release one game, optimized for mobile, that would work on desktops as well. This makes things much more efficient in terms of only having to produce one version of a game, and it also puts them in a position to take full advantage of the emerging mobile markets.

Something that’s very important about Push Gaming is that they have developed exclusive games deals with certain operators that see them produce games that will only be found at that one online casino site. This creates an exclusive feel for the game and the site, and it puts this company in a position where they are able to really showcase what they can do and have their work valued in a way that most other software providers do not.

The games produced by Push Gaming are excellent, and they put them all on the same HTML5 platform that makes it easy to play them no matter if you use a desktop with Windows, Mac or Linux or a mobile device with Windows Mobile, iOS, Blackberry or Android. Whether you use a desktop computer, a laptop, a tablet or a smartphone, you’ll have no issue whatsoever with playing these games. That has given them a huge level of flexibility that has brought more players to their games and put them in a position to really show what they can do.