Bally Technologies is a manufacturer of slot machines and various other forms of gaming technology. The company was founded back in 1968, and is headquartered in Enterprise, Nevada, USA. Originally, the manufacturer went by the name of Advanced Patent Technology, owned by two entrepreneurs, Jack Solomon and Alvin Snapper. Between them, they held patents in various different fields, including medicine, optics, and electronics.

The company made its move into the gaming industry in 1979 when it acquired the United Coin Machine Company, one of the largest slot route operators in Nevada at the time. It was at this time that the company announced plans to construct hotels in the Las Vegas area, with the first being the Colorado Belle hotel and casino. The company became known as Gaming and Technology Inc. in March of 1983.

The year of 1985 would see the company merged with Omega Enterprises, a manufacturer of video slot machines through its Cal Omega subsidiary, and by 1988, the name of the company had changed to United Gaming Inc. In 1993, the company would be taken over by Kirkland-Fort Worth Investment Partners for a $5 million investment, and at the end of 1994, another name change would come into effect, being known as the Alliance Gaming Corporation. A couple of years later, the company would acquire Bally Gaming International, a former division of Bally Manufacturing, and in 2006, the whole company was renamed to Bally. 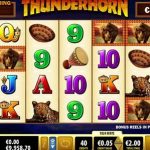 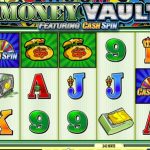 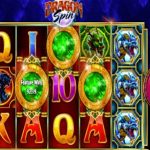 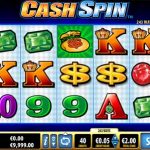 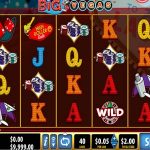 Bally Internet is what encompasses Bally’s iGaming solutions, allowing online providers to deliver products from the developer to players.

The developer has its own iGaming Platform, providing an online gaming portal which offers both play-for-free and wager-based games. The platform itself contains table games, video slots, bingo, poker, and sports betting amongst other things, showing that Bally has stretched out to the online end-user across just about all divisions.

Not only that, but the platform is also built for mobile integration, allowing online casinos to provides Bally’s products to mobile devices, including those that run on iOS, Android, and Blackberry software. This particular feature has been so successful that the company won the Gaming & Hospitality partner award in 2012 for the mobile platform offered.

Of course, the company’s main focus lies with their physical products, including slot machines, electronic tables for such games as Blackjack and Roulette, shufflers and dealers, as well as a huge selection of table games, including variations of Baccarat Side Bets, Blackjack, Hold’em Games, and Pai Gow Side Bets.

Bally probably isn’t as well known in the online gaming industry as some other companies, because the prime focus of the provider has been the manufacture and distribution of land-based products. Still to this day, Bally is providing a vast selection of physical items for use in casinos and other establishments offering betting games, while online and mobile gaming acts as a sort of second thought. Not that it’s a bad second though, of course, but it’s clear to see that for now, the company is spreading itself across all gaming zones, rather than put primary focus on one or the other.