Leander Games is a trademark name for the parent company, Xterra Games Ltd. This company operates out of its headquarters based in the Bahamas, and has been in existence since 2008. At this time, Leander came to market with an untested software and a few games alongside. However, whatever was brought to the table was obviously interesting to the gaming industry as Leander claimed the 2013 EGR Award for Social Gaming Supplier of the Year. Several of the company’s products have also been nominated for awards of the past few years as well, and not only that, but the company was named GIA’s 2015 “One to Watch”.

The company has three knowledgeable figureheads behind its success, with CEO Steven Matsell working in online gaming since 2005, COO Ramiro Atucha being one of the co-founders of Leander Games, and CTO Marcelo Blanco designing the LeGa Platform architecture. The company is currently licensed and regulated by the UK Gambling Commission and the Alderney Gambling Control Commission. 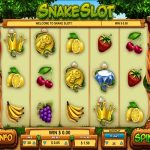 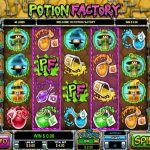 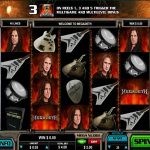 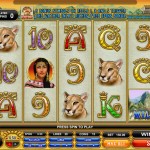 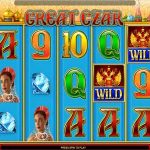 The aforementioned LeGa remote software platform is one of the things that Leander Games is well-known for. With this proprietary platform, the company has increased its flexibility by being able to cross-integrate with other popular software platforms, such as Microgaming’s Quickfire, Playtech’s GTS, and iSoftBet.

One thing that Leander Games has created is a selection of video slots games that combine a standard slot offering with such games as bingo, roulette and poker. Not only that, but because of the company’s start up in Buenos Aires, Argentina, it has a unique focus on the Latin American market, developing specific titles for the Spanish division.

The company provides its games in either an instant play Flash mode or a downloadable version, and has worked to provide games based on well-known popular culture, including singer Dolly Parton, and heavy metal band, Megadeth. The game’s have also been easily adapted to mobile format.

Finally, the company has also developed a series of innovative video slots under the name, Reely. This group of games has an auxiliary bonus feature that provides a channel to a secondary game, such as a table game, where additional side bets are also included. For the moment, there aren’t a huge amount of products being offered by Leader Games, but the ones provided are of the highest quality.

Leander’s ability to integrate its games with third-party providers gives the company a great position within the online gaming industry. The products offered do have strong themes behind them in general, with such games based on Little Red Riding Hood, Picasso and Snow White, to name but a few. Being an award-winning company also provides status for the developer, and the fact that it has a strong team of knowledgeable, experienced people at the helm, the only way Leander can go is up.