When you look into the world of online casinos and the software they incorporate into their platforms, Rival is not one of the first developers that comes to mind for many people. The company is located in Cyprus, and was launched in 2006, and despite the fact that it isn’t a well-known provider like Netent or Microgaming, Rival has secured a place for itself within the industry. It powers some of the most popular online casinos, and in addition to this, it also accepts players from the United States.

As it stands, Rival may not be a hugely prominent company in the online casino world, but it has brought one or two intriguing and welcome innovations to the gaming industry. Furthermore, since the company started out, it has designed and developed over 160 games, which can be played via desktop and mobile platforms. Over 52 operators throughout the world have incorporated Rival’s games into their online casinos, and a more recent development has seen the provider redesign its software to include Live Chat in lobbies. The company offers up graphically pleasing products, and along with rich soundtracks and special effects, it provides compelling games to players. 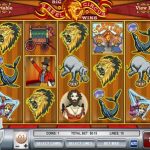 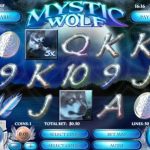 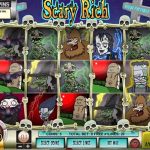 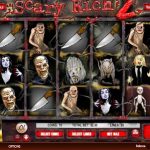 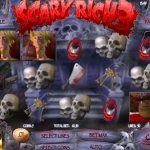 If you’re going to talk about innovations in the gaming world, you have to look at Rival’s i-Slots invention. These are story-based slot machines, which allows players to progress through a storyline while playing a standard slot game. The storyline will usually imitate that of a typical soap opera, filled with drama, romance, deceit and action. As users make their way through the story, the reels and graphics incorporated will alter to suit the new chapter. These particular games have brought Rival much interest from operators. Such games with titles as Cosmic Quest, Fixer Upper and various “episodes” of As the Reels Turn are all a part of these innovative i-Slots.

One thing that should be noted about Rival’s software is that it is available in a fully downloadable version, and this is compatible with both Windows and Mac-powered computers. Not many developers offer such things for Mac users, giving Rival a bit of an edge in that respect.

Four progressive jackpots have also made their way into the company’s portfolio of games, and include such titles as Major Moolah and Money Magic.

Rival could be one of the most overlooked gaming developers in the online casino world. However, the innovative creation of the i-Slots is more than enough to keep our attention directed at the company, and when this is merged with the strong selection of standard slots, table games and other offerings that the developer provides, you’ll find nothing but a dedicated and creative company.